FIGURE 1. A container for each type of taphonomic modification was used (four containers for gravels and four for clay + silts) and four skeletal elements for each container were introduced. The eight containers were introduced in a stone polishing tumbler with a constant speed of 30 revolutions per minute (r.p.m.).

FIGURE 2. Graphic representation for the surface loss measurements. The index is calculated measuring the bone at the initial stage (black shade) and dividing the result with the measurement done at the final stage (light grey figure). The result is subtracted from 1 and then multiplied by 100, obtaining a percentage indicating the surface loss between the initial and the final stage. 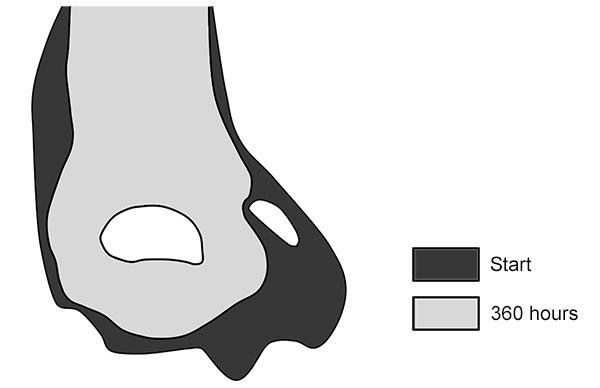 FIGURE 3. Total mean values of surface loss obtained for the skeletal elements included in each taphonomic category and sediment. In general terms, modifications present on elements introduced in clay + silts are the result of the breakage of the elements. Large mammal fragments studied in Fernández-Jalvo and Andrews (2003) with pictures before and after the experiment have also been included here to compare to our results, although this is only based on one specimen 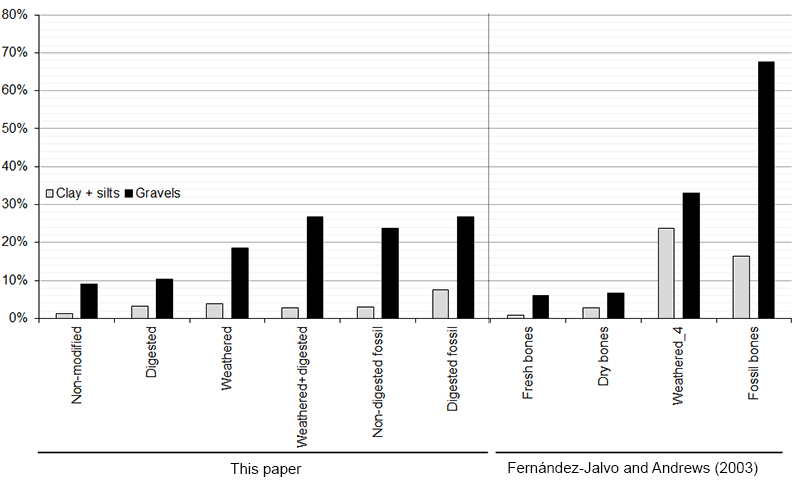 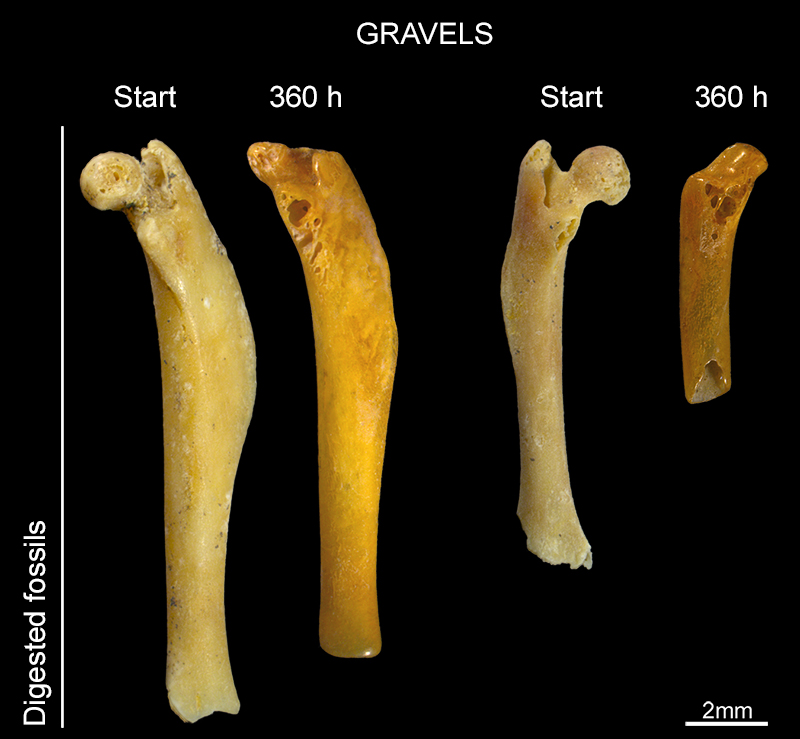 FIGURE 5. 1 to 4: weathered + digested femur at different stages of abrasion. Note that this proximal end of femur was selected because the head of the femur (fused and intact), in contrast to the trochanters with cancellous tissues exposed that indicate digestion. The shaft was broken before digestion. After 72 hours (2) cancellous tissues appears at the base of the head articulation, and after 360 hours (3) cancellous tissue is exposed on the articular head of the femur (4). This trait mimics the effects caused by digestion process, seen in detail in 4 SEM microphotograph of the same specimen; 5 to 8: same traits observed on (non-modified) weathered distal humerus.

FIGURE 6. Modern femur and fossil humerus abraded with clay + silts. They were found broken at the end of the experiment and edges were slightly rounded.

FIGURE 8. 1. SEM microphotographs of non-digested fossil femur before the experiemnt started; 2. The same specimen after 360 hours immersed in water and gravels 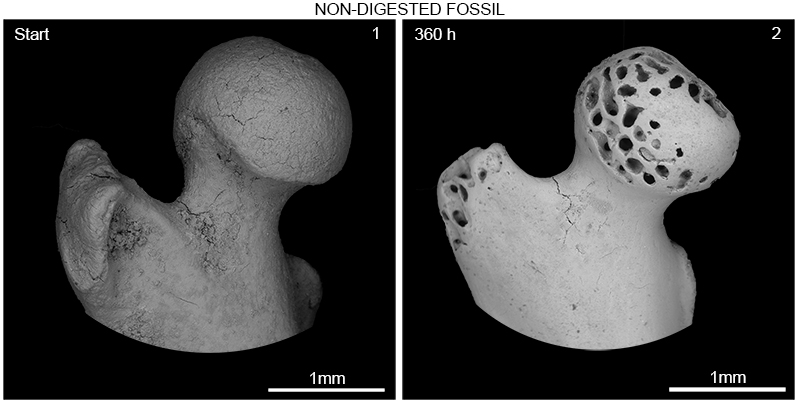 FIGURE 9. 1. Femur initially digested. Corrosion produced by digestion penetrates the diaphysis of the bone and persists up to 360 hours of experiment, and abrasion cannot reproduce this trait; 2. Femur initially weathered shows cancellous tissues exposed mimicking digestion, and cracks and splits erased; 3. Weathered + digested humerus show mild digestion on the distal part, and after 360 hours the effects of mild digestion are similar to the effects produced by abrasion, although the intense rounding; 4. Non-digested fossil femur. After 360 hours cancellous tissues are exposed mimicking digestion damage as it was observed for modern bones; 5. Previously digested femur and humeri, digestion can be identified after abrasion on the trochanter of the femur and on distal and proximal ends of the humeri. 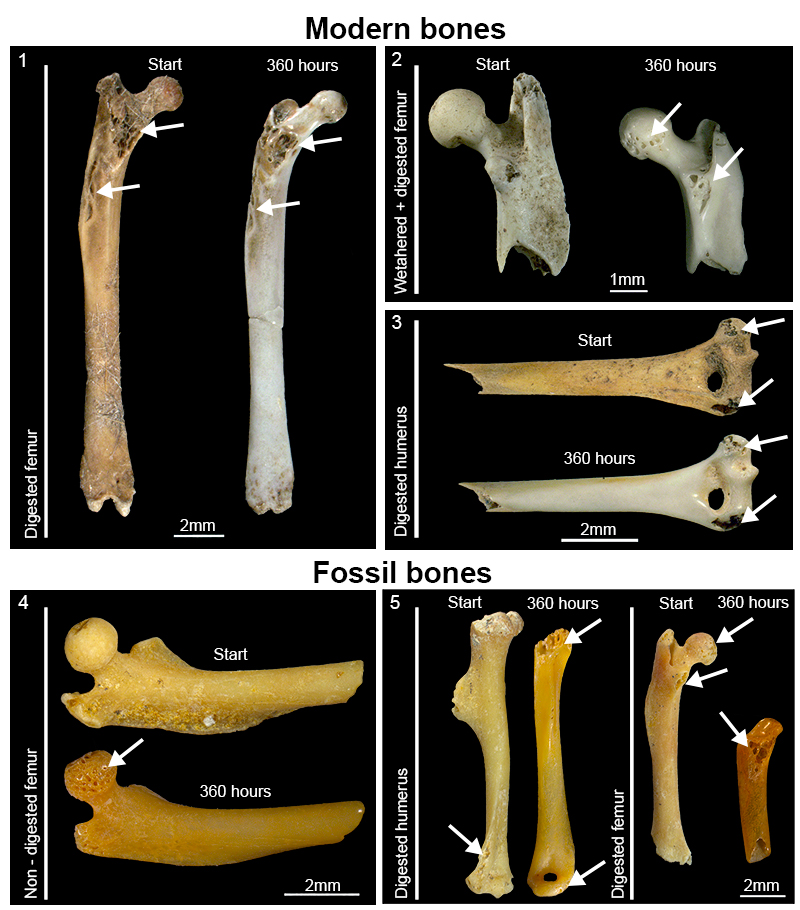 FIGURE 10. 1. SEM microphotograph of a femur showing digestion; 2. Detail of cancellous tissue exposed. The edge of the walls are thinned by digestion (white arrow); 3. SEM microphotograph of a femur affected by abrasion; 4. Detail of cancellous tissue showing the edge of the walls homogeneously rounded by abrasion and borders broken (white arrows). 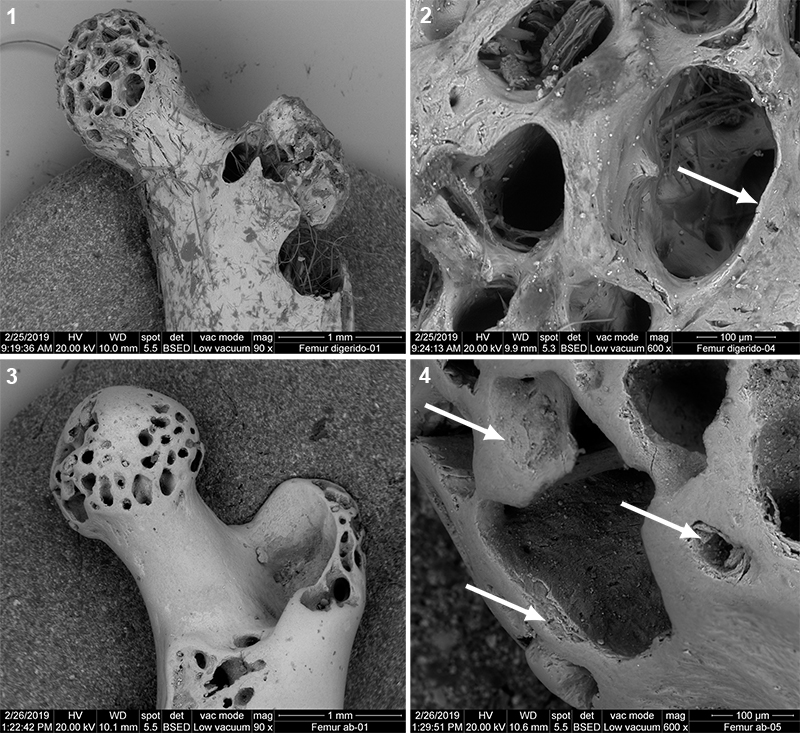