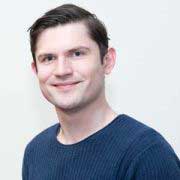 Robin Beck was awarded his PhD from the University of New South Wales (UNSW) in 2008 for his thesis 'Form, function, phylogeny and biogeography of enigmatic Australian metatherians'. From 2009 to 2011, he was an NSF-funded postdoctoral research fellow at the American Museum of Natural History, working on the morphology and phylogeny of marsupials. From 2012 to 2014 he was a DECRA postdoctoral fellow at UNSW, studying the only known record of early Palaeogene fossil mammals in Australia, from the early Eocene Tingamarra Fauna. Since 2014, he has been Lecturer in Biology at the University of Salford. His major research interests are the morphology, systematics and biogeography of mammals (particularly marsupials), and combining morphological and molecular data to infer macroevolutionary patterns and processes.