The forelimbs of Dilophosaurus: What can they tell us about an iconic dinosaur?

The forelimbs of Dilophosaurus: What can they tell us about an iconic dinosaur?

Dilophosaurus wetherilli is an iconic carnivorous dinosaur. This bipedal theropod (characterized by hollow bones and birdlike hindlimbs) dinosaur from the Lower Jurassic Period (201.3 million years ago - 174.1 million years ago) is known for the thin-boned crests on its snout. Dilophosaurus, over 6 m long, is from the Kayenta Formation of Arizona. As with all extinct animals, in order to understand how Dilophosaurus wetherilli lived, palaeontologists must study the relationships between the structure and function of the animal. The study of this relationship is called “functional morphology”. Recently, a PE paper by Philip J. Senter and Corwin Sullivan provided some interesting insight into the behaviour of this dinosaur by studying the range of motion of Dilophosaurus’ forelimbs.

Dilophosaurus was a carnivore who roamed the state of Arizona 200 - 175 million years ago. At the time, Arizona had a seasonal climate. “The environment had a seasonal climate, had flowing water, and was at the edge of a desert,” Dr. Senter says. Although Dilophosaurus was a carnivore, much can still be learnt about the animal’s specific hunting behaviour.

By studying the range of motion of Dilophosaurus wetherilli’s forelimbs, we can gain insight into the lives of extinct animals. “Studies like this are able to provide a window into how these animals lived,” Dr. Senter says. The authors concluded that the range of motion of Dilophosaurus was consistent with two-handed grasping and clutching objects to the chest. In particular it appears that Dilophosaurus was capable of manually hooking objects and seizing prey beneath the predator’s chest or the base of its neck (but no further forward).

This tells us that Dilophosaurus behaved similarly to most other theropod dinosaurs, as Dr. Senter explains:

“The range of motion in the forelimbs of Dilophosaurus is mainly similar to that of other theropods, with a few exceptions.  Dromaeosaurid and ornithomimid theropods could lift their arms higher at the shoulder, and dromaeosaurids could flex their elbows more.” 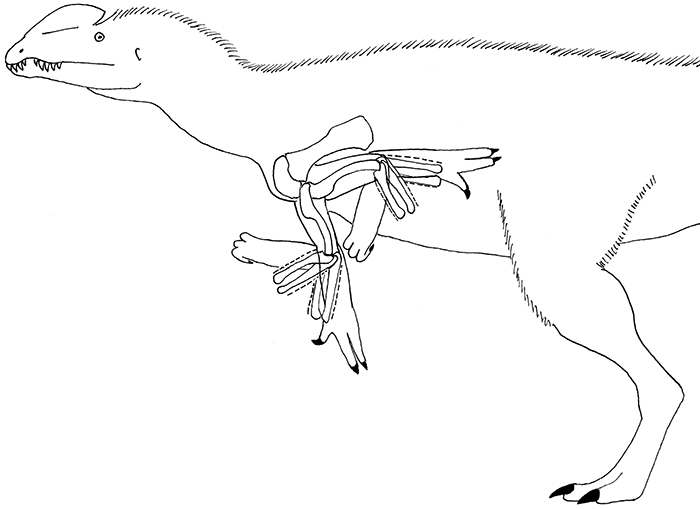 Reconstructed range of motion in the forelimb of Dilophosaurus wetherilli, with bare-bones range of elbow motion indicated by broken lines, showing that the influence of soft tissues allows for more elbow flexion and extension in the fully-fleshed animal than the bony articular surfaces at the elbow indicate (Figure 7 of Senter and Sullivan, 2019).

Estimating range of motion of a dinosaur

In order to estimate the range of motion of Dilophosaurus, the authors applied data from extant (living) animals in which they compared the range of motion of intact specimens compared with fossil, or skeletal, specimens. In particular, the results were compared with other archosaurs (the group that includes all extinct dinosaurs, extinct crocodilian relatives, and pterosaurs) including the American alligator (Alligator mississippiensis). “Corwin [Sullivan] had access to alligator cadavers, so we made use of that,” Dr Senter says.

Range of motion at the elbow in specimens of Alligator mississippiensis. 1, a skeletal specimen: right forelimb of TMM 3004. 2, an intact specimen: left forelimb of Cadaver 2, showing that the humeral orientation relative to the viewer during elbow flexion matches that of the skeletal specimen (Figure 6 of Senter and Sullivan, 2019).

“The simplest version of this is: We put the bones together to see how they move. To add a bit more detail: We posed each pair of bones in the extremes of motion (e.g. elbow fully flexed, then elbow fully extended) and digitally superimposed photos of those extremes to see how far each bone could move.”

The authors also took soft-tissue into account for this study. Dr. Senter explains: 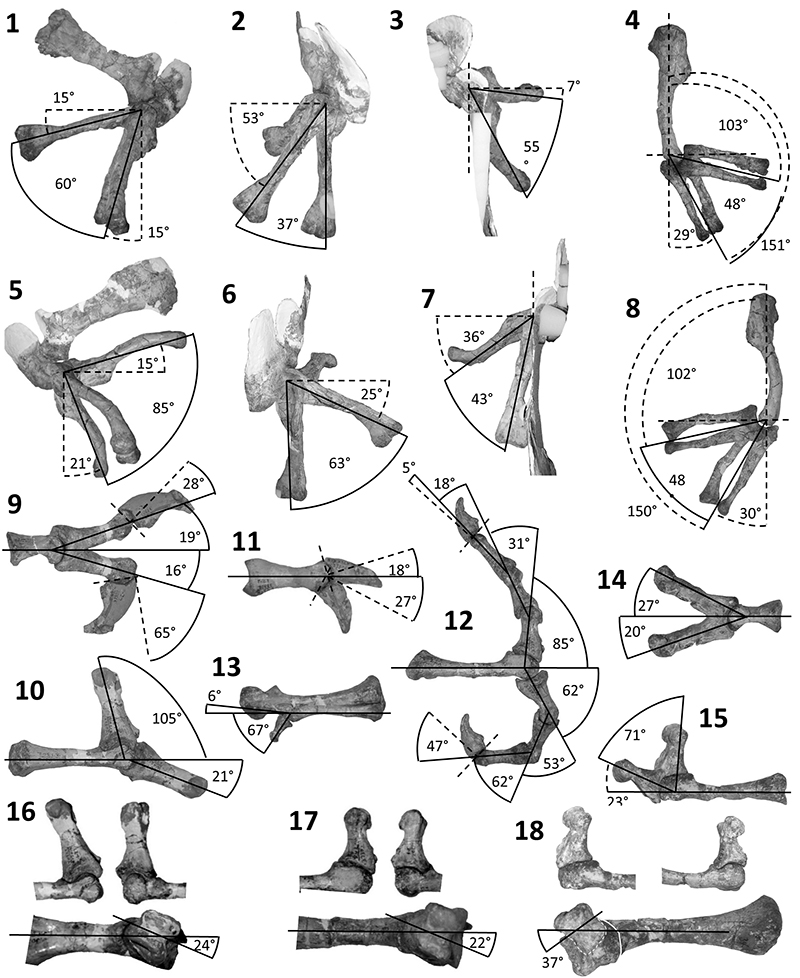 Not the dinosaur you may remember

When most people are asked to recall Dilophosaurus they would describe the venom-spitting, frill-necked monster from Jurassic Park. However, this version of Dilophosaurus is purely fictional, as many palaeontologists find themselves explaining on a regular basis. Dr. Senter clarifies the confusion:

“The frill and the venom-spitting were stuff that was made up for the book and movie Jurassic Park, to make the animal more exciting.  There is no basis in reality for the frill or the venom.”

Despite the lack of frill and venom, the real Dilophosaurus was much bigger than the movie would suggest! While the Jurassic Park Dinosaur was a small juvenile (half the height of a human), the adult Dilophosaurus could grow up to 7 meters long! 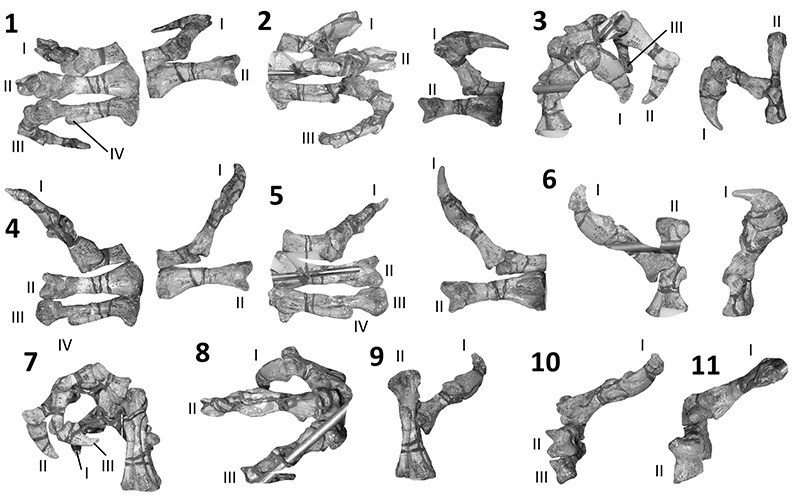 The recent study by Philip J. Senter and Corwin Sullivan provides significant insight into the real Dilophosaurus. Dr. Senter accurately summarizes exactly why these studies are so important and perhaps reinforces the frequency with which palaeontologists are asked about the significance of the research:

“It is the most important endeavor ever undertaken by humankind. Just kidding.  Its importance lies in the insight that it gives us into the lives of ancient animals.”