In Figure 4, the numbers for two landmarks (17 and 19) were mistakenly switched on the image of a skull of Arvicola amphibius (now corrected on our revised Fig. 4).

In Figures 9 and 10, we have corrected two mistakes. First, the wireframes on the outside of the axes were reversed; these are now correctly shown on our revised Figures 9 and 10. Second, the symbol for Dasyprocta was incorrectly shown as a triangle on Figures 9 and 10. This has been corrected to a star, reflecting this taxon's anatomical hystricomorphy (as indicated with a red arrow). This changes the boundaries of the masseter types slightly. It does not affect which masseter types overlap with the fossil specimens in PC3 vs PC4 (Figure 10), but does affect Ischyromys douglassi in PC1 vs PC2 (Figure 9). Previously, I. douglassi fell within the myomorphous, hystricomorphous and sciuromorphous boundaries, but now, it overlaps with just the latter two, requiring a sentence in the Results section to be changed to the following: "Ischyromys douglassi (USNM 617532) is centrally placed and nested within the overlap between the hystricomorphous and sciuromorphous species" (p. 17, line 3). In the Discussion section, one sentence should be changed to the following: "When considering the first two principal components in our study (Figure 9), Ischyromys douglassi overlaps with the sciuromorphous and hystricomorphous clusters, but not the protrogomorphous cluster (as defined by extant rodents only)" (p. 21, line 13).

FIGURE 4. A) Graphic depictions of 3D landmarks on a skull of Arvicola amphibius (UMZC E2805). B) Wireframe graphs summarising the cranial shape variation explained by principal components (PCs) 1-4. The dotted line wire-frame represents the mean cranial shape across the samples and the solid line wireframe represents the magnitude of shape change for a particular principal component (scale factor 0.1). The landmarks are numbered with descriptions provided in Table 2.

ERRATUM: Landmarks 17 and 19 were switched on the dorsal and ventral views of Arvicola. They are shown correctly here: 17 on the squamosal root and 19 on the maxillary root of the zygoma. 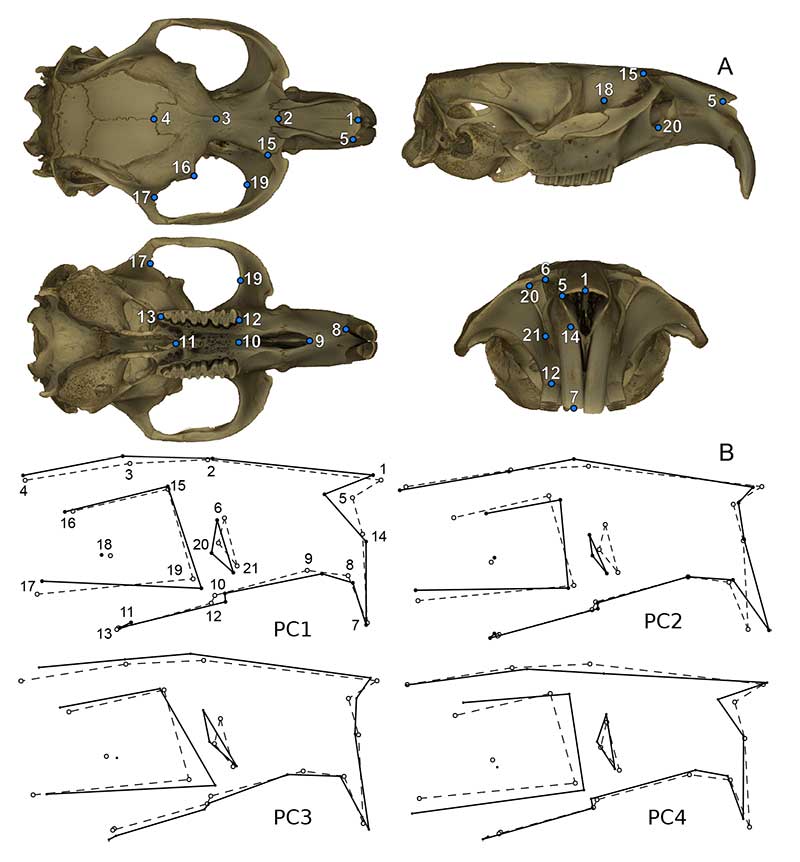 ERRATUM: The wireframes outside of the X and Y axes were reversed (corrected here). Also Dasyprocta (red arrow) was previously figured with a triangle, when it should have been shown with a star to indicate its hystricomorphy (corrected here). 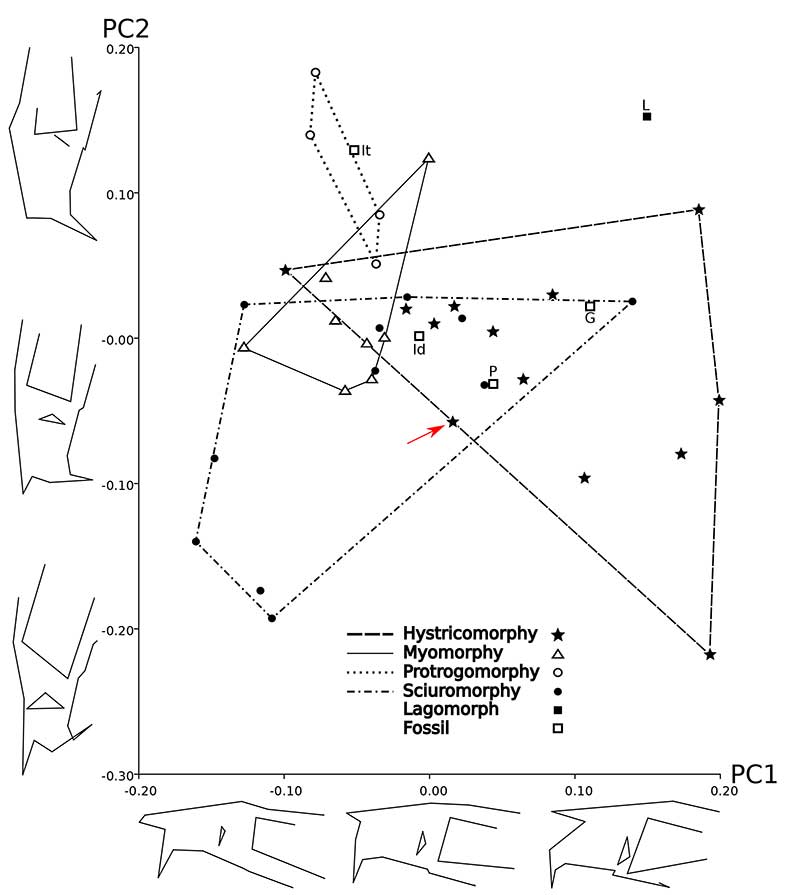 FIGURE 10. Cranial shape variation across the third and fourth principal components. Boundaries have been superimposed as in Figure 9 to indicate the space occupied by members of each anatomical condition of the masseter (inset). Abbreviations are as in Figure 9.

ERRATUM: the wireframes outside of the X and Y axes were reversed in the original figure (corrected here). Also Dasyprocta (red arrow) was previously figured with a triangle, when it should have been shown with a star to indicate its hystricomorphy (corrected here). 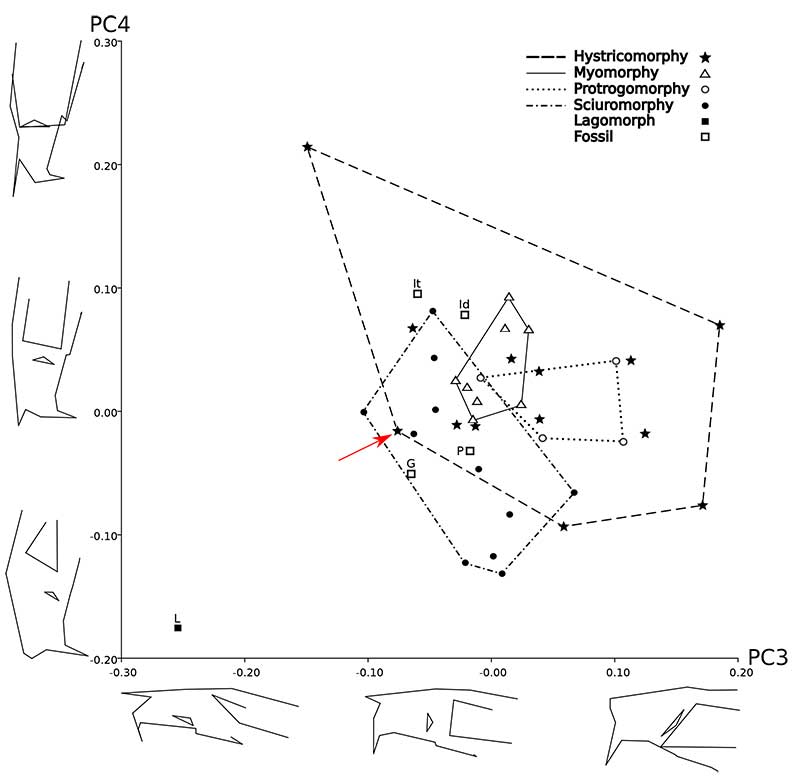