Trace fossils record the behaviors of organisms long gone. These biogenic structures, meaning features created by living organisms such as trackways or burrows, are preserved within sedimentary rocks. The study of these trace fossils is called “ichnology” and the evidence from the traces clue scientists into the behavior and anatomy of the trace-making creatures. Understanding the behavior of these organisms can be handy when body fossils are scarce or nonexistent. Frequently scientists draw parallels between modern traces and those preserved in rock. Recently PE authors Angeline Catena and Daniel Hembree investigated the biogenic structures produced by a species of sand-swimming skink, Chalcide ocellatus, and recorded the diversity of biogenic structures produced by these desert-dwelling lizards in the sand.

The traces of skinks were monitored in a series of terrariums where the scientists controlled for moisture and the size of the sand grains. Author Catena stated that “it was found that the lizards produced a diverse range of structures, and the structures differed with the varied sand and moisture conditions. The identification of modern traces produced by desert-dwelling animals, such as lizards can in turn be used to help identify traces in the fossil record.” The authors were surprised “how strongly some of the traces produced by Chalcides ocellatus resemble common abiotically-produced soft sedimentary deformational structures,” which adds to the challenge of distinguishing trace fossil from deformational structure. 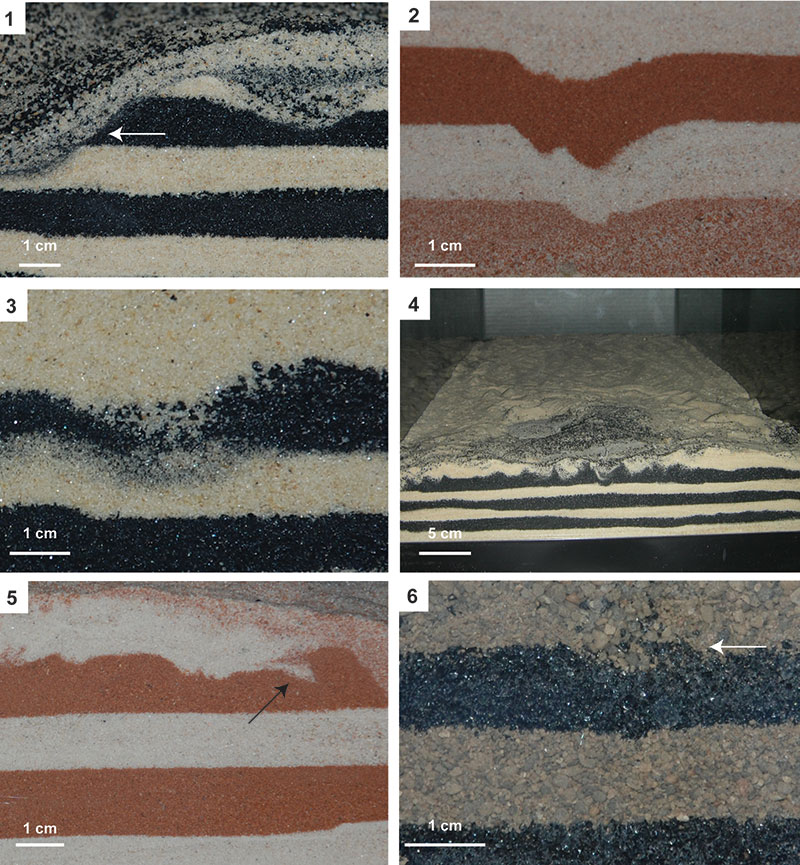 The authors pursued this topic because of the lack of literature on the subject and because of an inherent love for solving puzzles, and what better puzzle to solve than reconstructing paleoenvironments? Catena writes that “ichnology and neoichnology are large, involved puzzle pieces that have roots in geology, biology, and ecology; this multidimensionality makes ichnology and neoichnology an excellent foundation with which to build strong paleoenvironmental interpretations.” The results of the skink research illustrates and supports the concept that even relatively small animals are capable of modifying environments and producing diverse suites of traces. The authors hope that “this study will assist in the future identification and awareness of trace fossils produced in arid environments, especially traces which  strongly resemble abiotic structures,” and the data will be added to the Continental Neoichnology Database (http://www.continentalneoichnology.org). 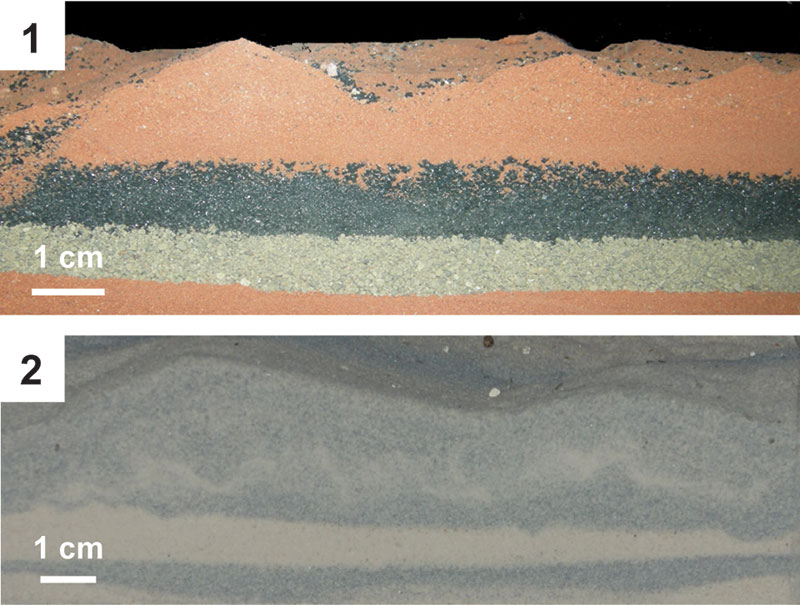 Catena shares the main take-away from their research is that “The present is the key to the past; it is essential to study the traces produced by modern continental burrowers in order to interpret the diverse and heterogeneous paleoenvironments and paleoecosystems represented in continental settings.” The other perk of studying skinks is the opportunity for new pets! Catena writes that she adopted two study subjects: Little Tail is a male, and Rip van Skinkle is a female. She says both skinks are doing well, and have even had a litter of babies!

Why did the authors decide to publish in PE? Catena writes that “neoichnology tends to be a very visual science. The online format of PE allows us to include a large number of full color, high resolution images as well as video files embedded directly in the paper showing our animals in action. The world exists in color, and color was integral to the description of our experimental setup, as well as the interpretation and description of our results.”

A big thank you goes out to authors Angeline Catena and Daniel Hembree for sharing with the PE blog audience.