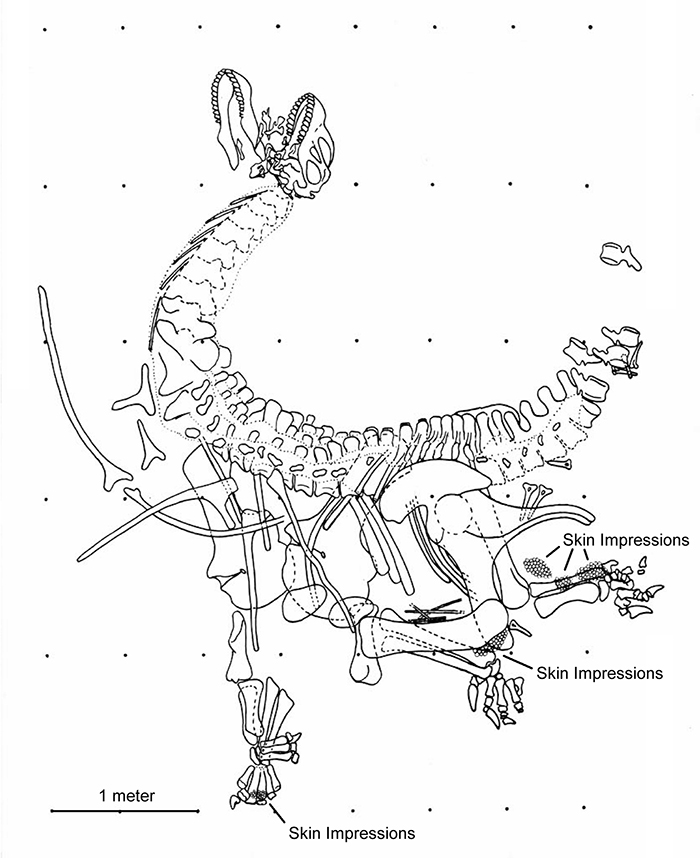 It turns out that skeletons of sauropods are rarely found with preserved fore and hind feet, making interpretations on their locomotion difficult. Identifying sauropod footprints to the genus or species level is also exceedingly challenging because of this gap in our understanding of sauropod autopodia morphology. Recently, PE authors Emanuel Tschopp, Oliver Wings, Thomas Frauenfelder, and Winand Brinkmann tackled this challenge by describing the detailed morphology of Camarasaurus SMA 0002 from the Upper Jurassic Morrison Formation. SMA 0002 is one of only two sauropod specimens with completely preserved and articulated osteological remains of all feet. Not only does SMA 0002 have fore and hind feet, but this specimen also preserves autopodial skin impressions. This amazingly complete specimen gave researchers a glimpse into this little known area of dinosaur morphology, allowing for a better understanding of the locomotion and ichnology of these animals. 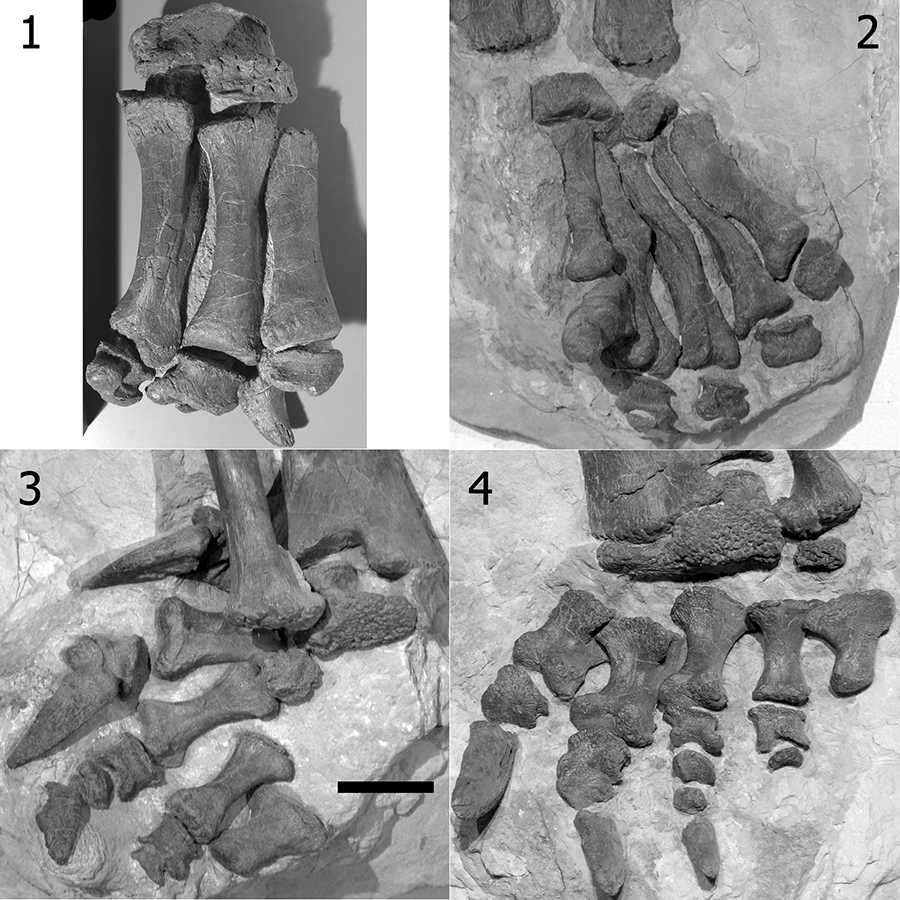 The autopodia of SMA 0002 as mounted.

This study provides a lot more detail concerning the shape of the individual foot bones of Camarasaurus, which is extremely useful when determining the genus of dinosaur footprints. The lead author, Emanuel Tschopp, writes that “ the most unexpected finding was probably the fact that no recognized general footprint shape actually fits the feet of Camarasaurus, which was the most common dinosaur in the Late Jurassic of northern America.” The researchers also showed that there might be noticeable differences in hip heights relative to footprint lengths. Tschopp notes that “this might help to get more accurate reconstructions of the size of the animals of which we now find fossilized footprints.” 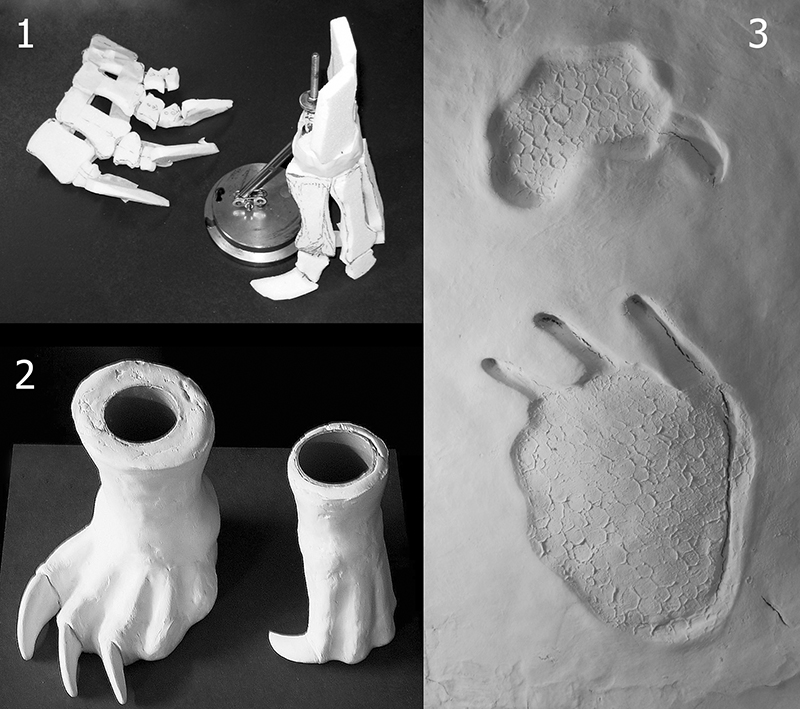 The authors are able to infer this information from SMA 0002 by creating three-dimensional models of the manus and the pes with reconstructed soft tissues. The team then produced imprints of the 3D models of the autopodia on a soft surface in order to provide a better understanding of the actual footprint shape of Camarasaurus. This research shows how footprint production based on articulated specimens is promising. For future research, the authors encourage concentration on producing digital models of the feet, which would then be used to study footprint shape more accurately in a variety of virtual substrates. Tschopp also mentions how their study “allows more detailed comparisons and identifications of sauropod foot bones found, and could help to specify faunal lists of certain fossil rich areas.”

The bones aren’t the only cool things about the feet of SMA 0002, there is also soft tissue preservation. Skin impressions found on the manus provide more information concerning external sauropod manus morphology. The skin impressions found together with the bones of the manus indicates that no hooves were present on Camarasaurus. 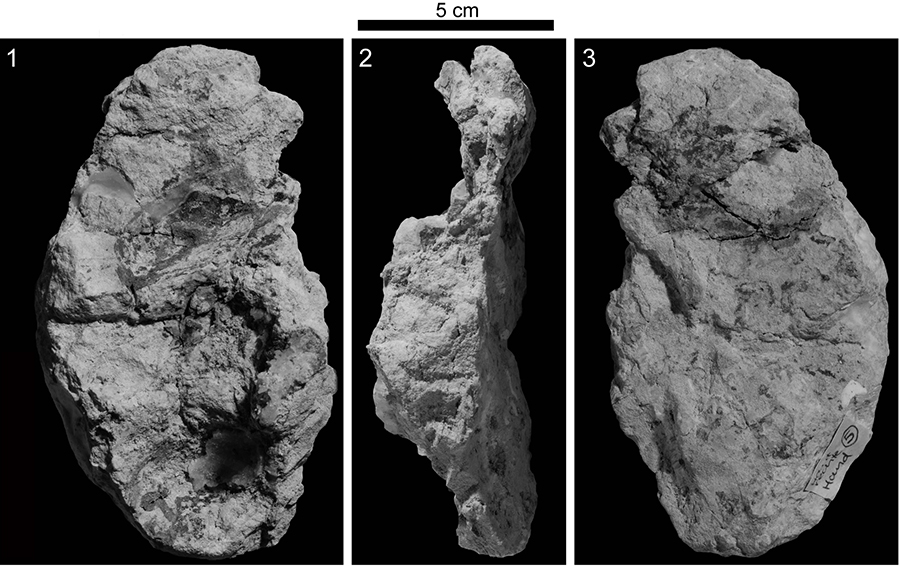 Photographs of the manual skin impression

The manus and pes morphology of Camarasaurus provides a more complete picture into the lives of these giant sauropod dinosaurs. We now have a better idea of the locomotion of Camarasaurus, as well as a more informed view on the characteristics of their footprints. And while the specimen is in Switzerland, PE is happy to provide a platform to share color images and 3D models that will bring the manus and pes of Camarasaurus to you. We will leave you with Tschopp’s one sentence take-away: “Feet are more interesting than you think, especially in animals like the gigantic long-necked sauropods.” 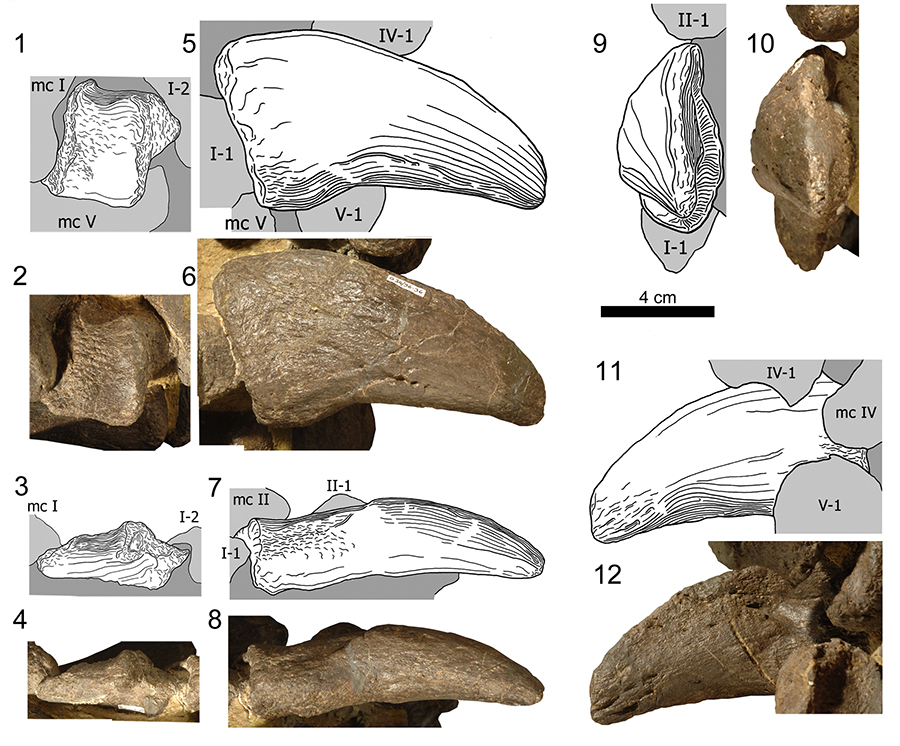 Photographs and drawings of the phalanges of the left manual digit I.