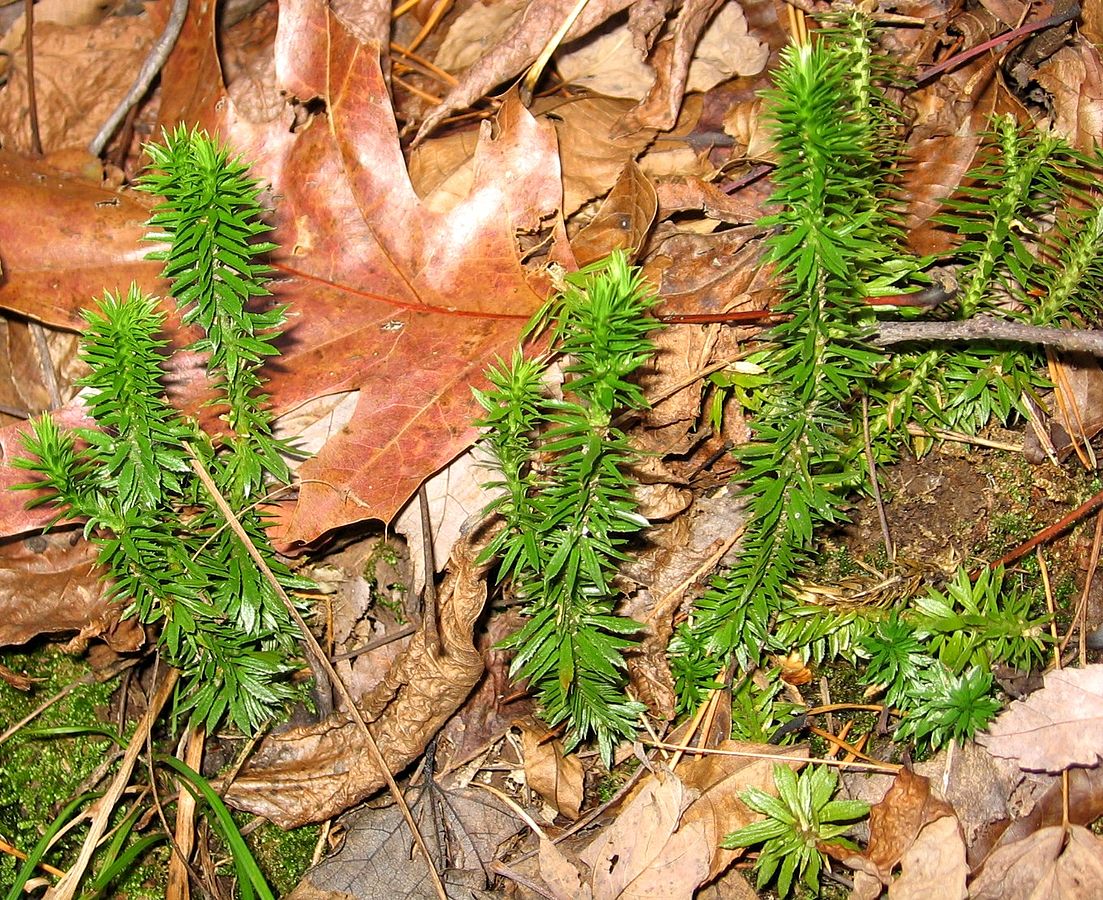 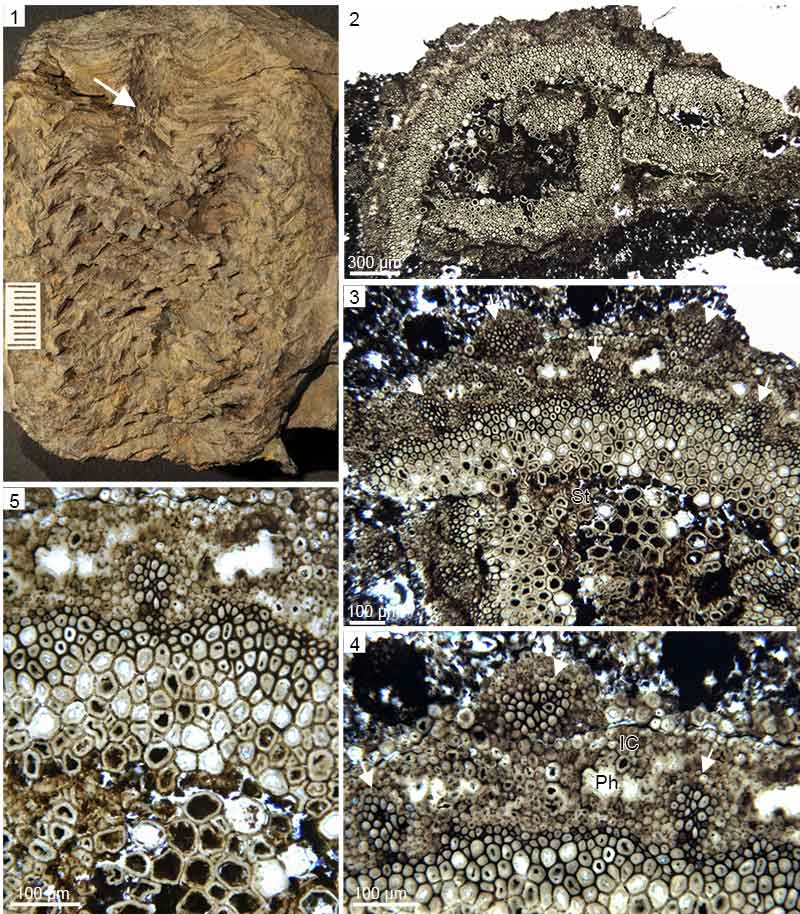 Not only is Australia home to the oldest known lycopsid, its also produces fossils of these early plants in abundance.

“The lycopsids are significant components of the earliest vegetation of Australia during the Paleozoic, and the study of these unique plants contributes to a better understanding about the patterns of colonization of vegetation on the continents.”

While lycopsid fossils remain abundant in the latest part of the Devonian of Australia, these specimens consist mainly of stems and branches of Leptophloeum, a genus that is found around the world. This could indicate that lycopsids are poorly diversified in Australia during the Devonian; however, a new lycopsid fossil from New South Wales is challenging that notion. 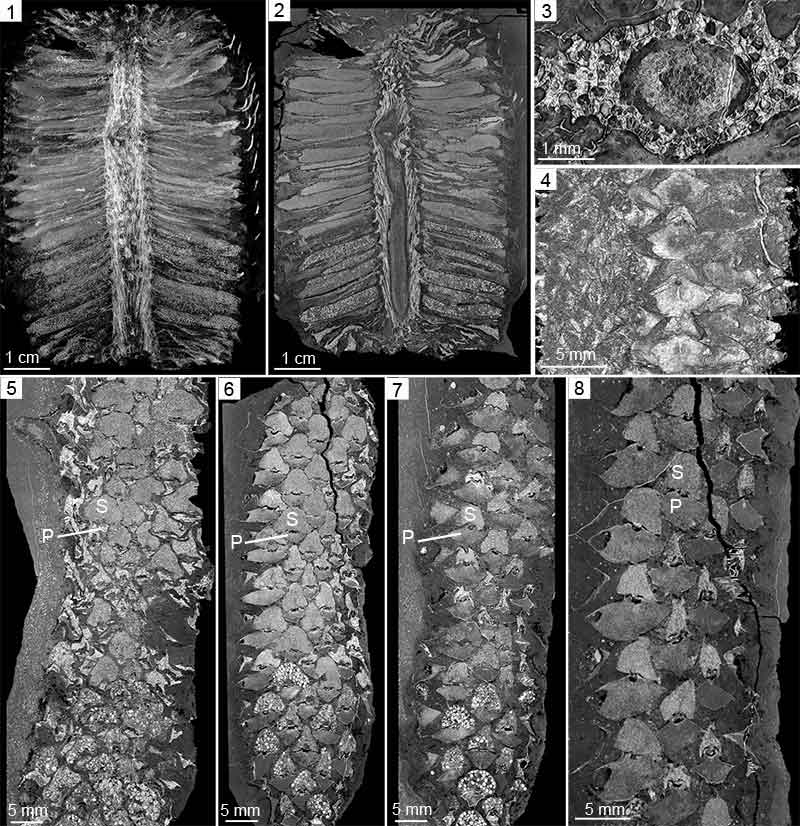 In this recent PE paper, Evreïnoff and colleagues report a new genus of lycopsid represented by a cone that is structurally intact from a locality in New South Wales that is about 360 million years old. Not only is this a new lycopsid genus for Australia, the specimen also happens to be a cone, a complex reproductive organ, that’s been preserved for over 350 million years. 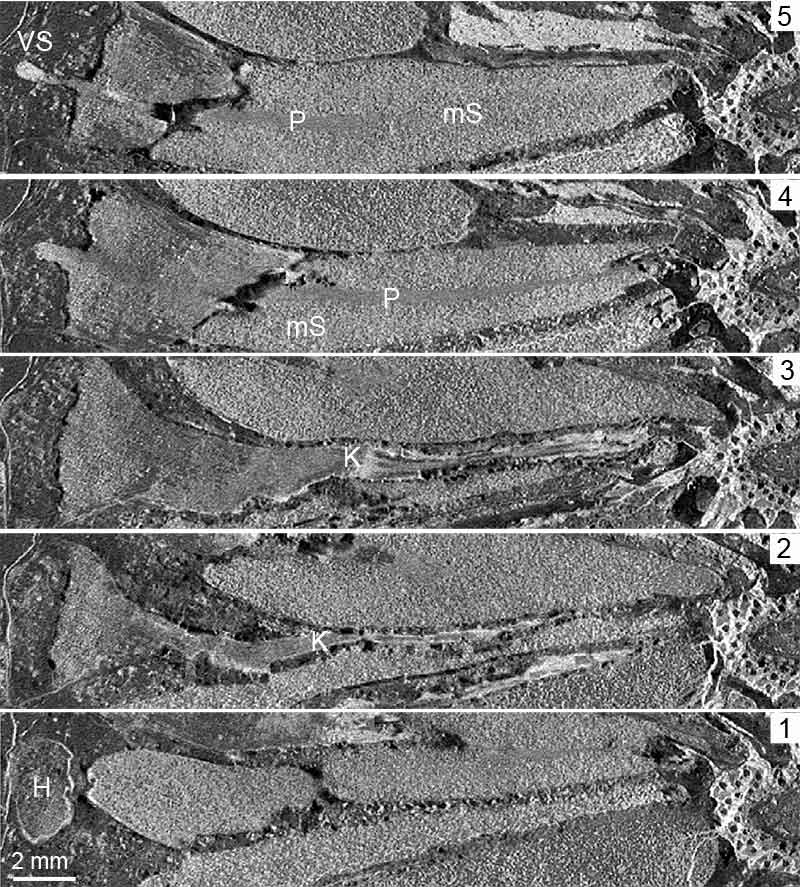 How do you understand and visualize the structure of a 3-D fossil? The authors shared with PE that, “the 3-D structure of this complex reproductive organ and of its components has been reconstructed from virtual sections obtained from a non-destructive method, the X-ray synchrotron microtomography.” 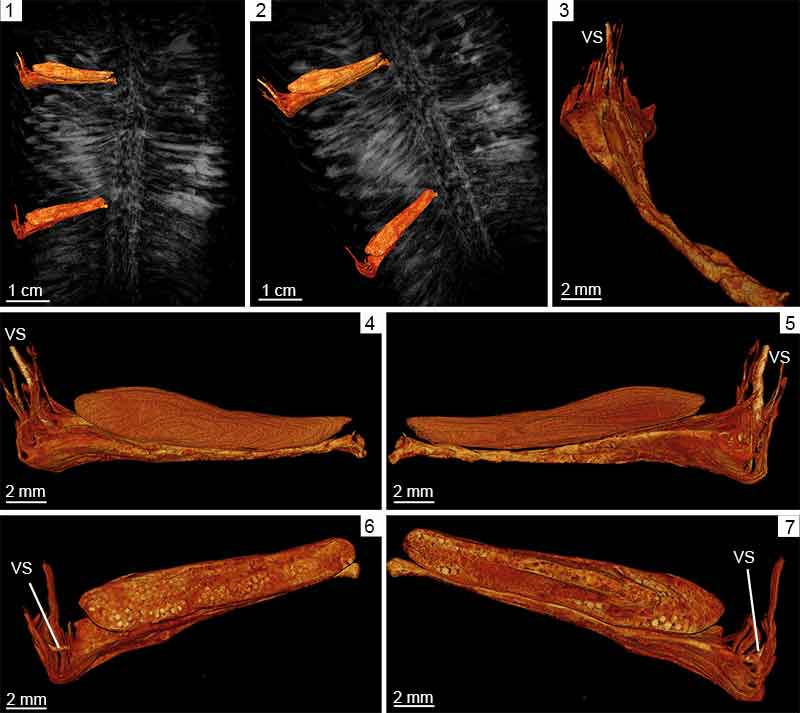 This fossil is significant for many reasons, including an increase in known lycopsid diversity in Australia during the Devonian. The authors also point out, “this cone differs from most of the Late Devonian cones described to date. It represents one of the oldest representatives of a group that thrived during the Carboniferous and includes the extant genus Isoetes.”

It is incredible to think how one single fossil can change what we know about paleontology and enhance our knowledge about how plants first adapted to land. While individual fossils play a major role in scientific investigations, the bigger picture is always in the back of a paleontologists’ mind. For the authors of the recent Australian lycopsids article, “this work is part of a larger project studying the diversity dynamics of the early vascular plants and the factors that may have contributed to the waxing and waning of the continental vegetation during a time interval of the Earth history that includes massive extinction events in the marine realm.”

Thank you to the authors for contributing to PE and the PE blog. To learn more about the new lycopsid fossil from Australia, check out the original article here.