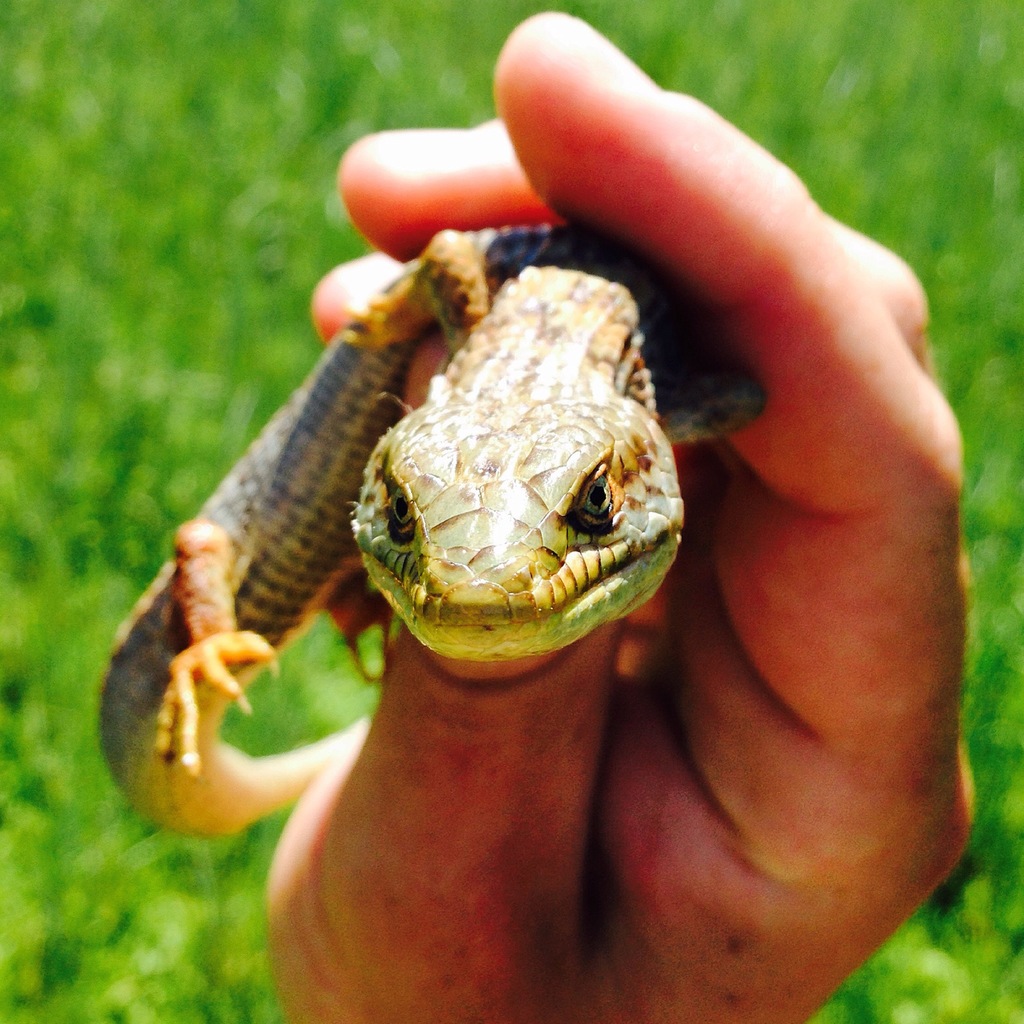 Recently PE author Simon Scarpetta described the earliest known alligator lizard fossil that is 16.7 million years old and from Wyoming. Scarpetta uses an ‘apomorphy-based’ approach (which means using derived characteristics of the clade) to identify this significant alligator lizard fossil to the extant gerrhonotine genus Elgaria. This allows scientists to have a better understanding of when in geologic time Elgaria diverged from other gerrhonotines.

This fossil is important because it can be used to temporally calibrate analyses of evolutionary relationships that use molecular DNA. Scarpetta explains his interest in this project as a necessary step in pursuing future phylogenetic analyses on this group of lizards. When asked why he investigated this topic, he responded with, “I actually wrote this paper so I could use it myself! I am working on a couple of other projects where I want/need a node calibration for crown Gerrhonotinae (alligator lizards) in phylogenetic analyses, and there were no suitable fossils described. It so happened that I had a fossil ready for this purpose, so I wrote up the paper and submitted it to PE. I study alligator lizards because they are a good model system for investigating biogeographic shifts through time and responses of ectotherms to climate change.”

Scarpetta goes on to explain that the significance of this research is the fact that he integrated the fossil record with modern biological data. He discussed the implications of this project: “We now know conclusively that crown-group alligator lizards have been around since at least the middle Miocene. Having a fossil suitable for use in calibrating crown Gerrhonotinae will be useful for future phylogenetic analyses. Stay tuned for future descriptions of alligator lizard fossils!” 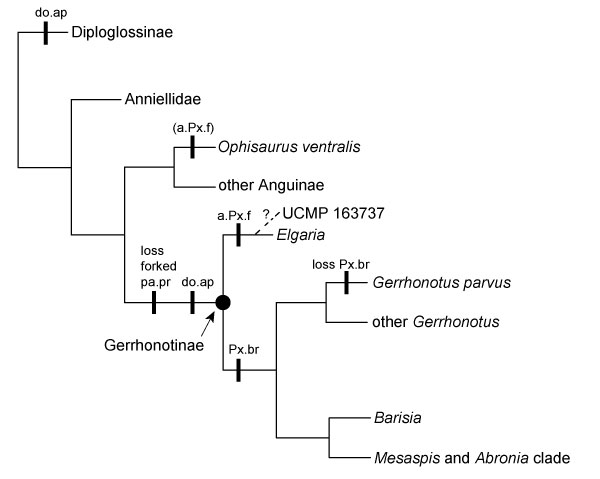 Phylogeny of Anguidae with tree topology adapted from Zheng and Wiens (2016). Branch lengths are arbitrary. The node calibrated in text is represented by the circle labelled Gerrhonotinae. The specimen UCMP 163737 is attached to the Elgaria panstem lineage. Character state changes are labelled by black bars, and parentheses around a change indicate that the state change was not present in all specimens examined. Abbreviations: a.Px.f = anterior premaxillary foramen; do.ap = dorsal ossification of the alveolar plate; pa.pr = palatal process; Px.br = premaxillary bridge.

This article is a part of PE’s Fossil Calibration Series. Fossil calibrations provide the crucial anchor points that allow molecular sequences to be used to date divergences in the Tree of Life. PE’s Fossil Calibration Series provides a one-stop venue for publishing peer reviewed calibrations. Papers in the series provide the geological data that underpin the age of each fossil and the phylogenetic reasoning that associates it with a particular node in the Tree of Life.

Scarpetta originally did not know where he was going to submit this paper. When he found out that PE has a publication series specifically for fossil calibrations he said it became obvious that PE was the perfect place to submit this article. Already a fan and follower of PE, Scarpetta shares that he likes PE because it “is open-access, as facilitating accessibility of scientific research and publications is really important both for academic purposes and for more widely disseminating our work out into the world.”

Thank you to Simon Scarpetta for contributing to PE and the PE blog. To learn more about the earliest known alligator lizard fossil, check out the original article here.