Alex Ossó is an avid fossil collector and discovered this new species, Kromtitis lluisprietoi. To date he has described more than twenty-six new species, some genera, families, and even a superfamily.

He describes the fossil of K. lluisprietoi as having “a very well ornamented dorsal structure and lateral margins, which makes it very different from similar Kromtitis specimens in Italy and Hungary. Curiously, it seems very similar to forms not yet described from the early Eocene North of the Iberian Peninsula.” 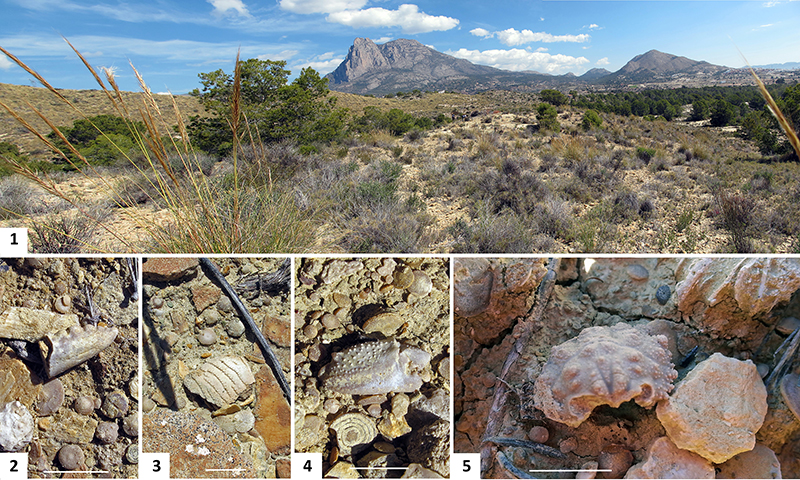 The Middle Eocene was a very different environment for the Iberian Peninsula. “It certainly was a warm time” says Ossó. “North of the peninsula was a conditioned environment due to the formation of the Pyrenees mountains. The ocean environment experienced several transgressive periods of sea level rise which favored communication between the Atlantic and Tethys seas creating an avenue for faunal exchange.”

“This resulted in the reef and platform deposits we see here today transitioning to deeper waters westward. Thus, we can see that during the Early Eocene, decapod faunas of the Atlantic are clearly different from those of the Tethys sea, whereas during the Middle and Upper Eocene, decapods populations North and East of the Iberian Peninsula are very similar to those of the Western Tethys” describes Ossó.

This discovery helps emphasize how similar Kromtitis species were through the Eocene and Miocene of the Western Tethys sea. Modern crabs from the same subfamily, Paradynomeninae, also look very similar although they live in deeper environments instead of the reef habitats Kromtitis fossils have been found.

Alex Ossó has been a fossil collector for over fifty years and loves this hobby, especially when it involves fossil crabs from the Cretaceous and the subgroup Heterotremata. “I’m particularly interested in how crabs evolved through time!” shares Ossó.

He describes being an independent researcher as “A sea of doubts! Due to the lack of basic academic training I have many questions, but also find I can discover simple, parsimonious answers.”

“Being independent is also being free, not conditioned, which is nice, but I have huge respect for the professionals in this field, with many of whom I usually collaborate and learn from” says Ossó.

To read more about this new crab species, you can find the original article here!