A recent paper published in Palaeontologia Electronica explores a refined method for investigating spirals found in nature. Naturally occurring spirals, when compared with logarithmic spirals, contain a wealth of information including how old animal might be or what sorts of life changes it goes through as it develops. 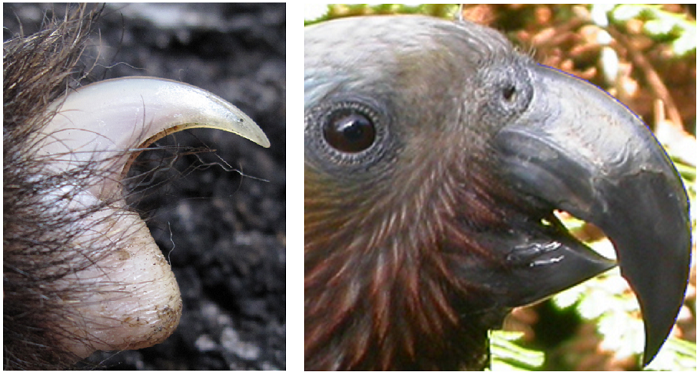 Figure 1. The claws of a possum (left) and the beak of a kaka parrot (right) are both examples of naturally-occurring logarithmic spirals

According to Tony Aldridge, the author of the study, spirals are everywhere. “Think of the well-known Nautilus and Rams horn shells, as well as other molluscs such as the Antarctic scallop (Adamussium colbecki), the ocean quahog (Arctica islandica), and the fossil known as the Devil’s toenail (Gryphaea arcuata),” Aldridge explains. “Then there are the beaks of the two top ocean predators: giant and the colossal squid. Also the curving teeth of polychaete worms (Nereis virens) and the much larger sea lion (Phocarctos hookeri).  Moving to land animals there are the beaks of Darwin’s finches (Geospiza  species), and a New Zealand parrot (Nestor meridionalis), as well as claws of the brush tailed opossum (Trichosurus vulpecula).”

So what is the use of a spiral? As Aldridge notes many structures in animals (be it shells, beaks, or claws) grow in spiral patterns, and many of these natural spiral patterns very closely match up with logarithmic spirals. Should one be able to determine which logarithmic spiral matches with a naturally occurring spiral, one could compare the theoretical spiral to the naturally occurring and look for sections along the spiral where they differ. If these differences occur at regular intervals, they may represent growth patterns. Recognizing growth or seasonal patterns in the structures of extinct organisms opens the door to a wealth of information about an animal’s life cycle or the patterns in the environment in which it lived.

Figure 2. Methods of Aldridge (2020) can be used to estimate the age of collosal squid

Matching natural spirals with the theoretical counterparts, however, is complicated by the existence of many spirals. To solve this problem, Aldridge builds upon the earlier work on fossil brachiopods by Clark et al (2015) in Palaeontologia Electronica and presents a method in which a computer digitizes the outline of a biological structure of interest and the supplementary R package “logspiral” fits the outline to one of 12 logarithmic spirals. By comparing the naturally occurring spiral with its best fit, one can identify periodicities, or seasonal changes in an organism’s growth pattern, and measure spiral deviation, the difference between a point on the fitted spiral and the actual spiral. Identifying seasonal variation can be important in determining what changes constitute larger scale life cycle changes. Aldridge explains, “Periodicities about a spiral are interpreted as the ebb and flow of growth we expect from seasonal changes. That is, growth slowing in winter and increasing with summer.  A bigger change in spiral is an ontogenetic stage, thought of as a ‘mid-life crisis’ in growth, where the organism cannot sustain its previous spiral shape, and moves to another.”

This method holds much promise both as a way for examining the life cycles of organisms about which we know relatively little and to better understand past environments. Additionally, Tony notes that this method is non-destructive and requires only high-resolution images of the biological structure in question.

If one compares the methods presented here with those of early biology and paleontology, the difference certainly is striking. Where once was a pick-axe there now sits a laptop and an R supplementary package. New technologies can help paleontologists dig deeper (metaphorically speaking) than ever before into questions that previously seemed unanswerable. Like I said at the top – exciting stuff.