Anti-evolution claims regarding dinosaurs and pterosaurs are a constant pain for paleontologists. A simple google search will reveal multiple young-Earth creationists websites that claim to have proof of these flying Mesozoic reptiles living alongside humans in the form of illustrations and paintings. A recent paper in PE by Phil Senter and Darius Klein investigated the claims that pterosaurs survived into the sixteenth and seventeenth centuries based on illustrations of specimens by European naturalists.

Some young-Earth creationists have recently claimed that these specimens from the Renaissance were recently-killed pterosaurs. PE authors Senter & Klein tested the pterosaur hypothesis as well as the alternative hypothesis that the specimens are taxidermic composites of parts of different animals.The authors compared the specimens with pterosaur anatomy and the findings were inconsistent. 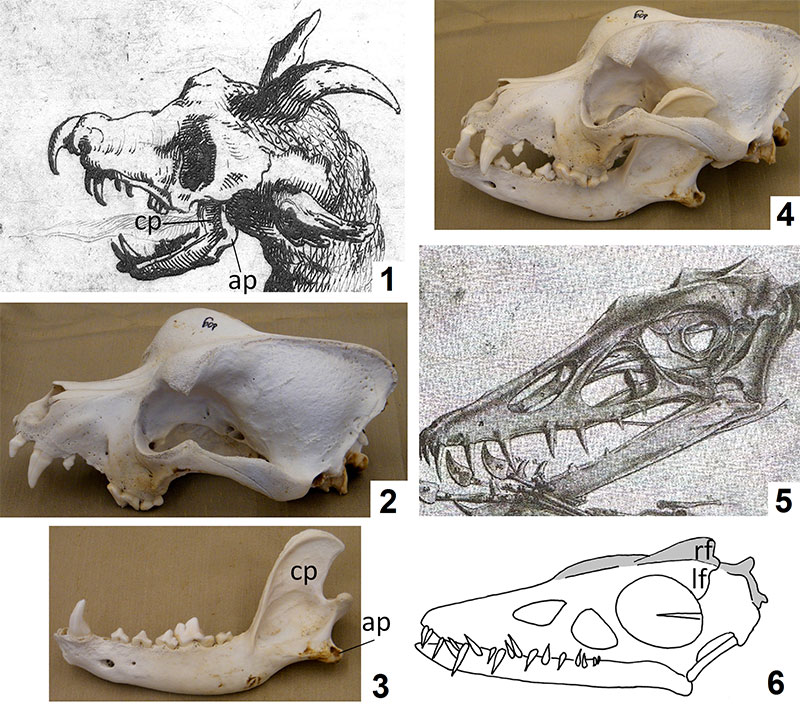 Comparison with extant animals shows that many of the dragons drawn by Pierra Belon and Ulisse Aldrovandi are decapitated snakes with attached mammal heads.

The dragon wings are pectoral fins of flying gurnards, the legs are forelimbs of rabbits or dogs with sleeves made out of snake and lizard skin. Other dragons illustrated by Faber depict the skull of a weasel, belly skin from a snake, lizard skin, and the tail skeleton of an eel.

This formal investigation by Senter and Klein discredits these “proofs” of human-pterosaur coexistence that continue to stir in the young-Earth creationist movement and hopefully this report will settle the score.