Between 10 - 12 million years ago, the Texas Gulf Coast could be described as a “Texas Serengeti” – with specimens including elephant-like animals, rhinos, alligators, antelopes, camels, 12 types of horses and several species of carnivores. In fact, over 4000 specimens representing 50 animal species, from The Lapara Creek Fauna (from the Goliad Formation) near Beeville, Texas, have recently been identified by Dr. Steven R. May from The University of Texas at Austin Jackson School of Geosciences.

Many of these specimens were collected by employed fossil hunters over 80 years ago as part of the State-Wide Paleontologic and Mineralogic Survey of Texas between 1939 and 1941. Despite a number of scientific papers having been published on select groups of these fossils, Dr. May’s paper is significant in that it is the first to describe this fauna in its entirety.

Of the 50 species of fossil vertebrates, five species are fish, seven are reptiles, two are birds and 36 are mammals. The 31 mammal genera described include five are carnivores, two are elephant-like forms, 10 are camel and antelope-like forms and 10 are horses and rhinos.

The collection includes several unique fossil species including an extinct relative of elephants with a shovel-like lower jaw, and possibly the oldest fossils of the American alligator and an extinct relative of modern dogs. A new genus of elephant-like animal (a gomphothere), Blancotherium (see below) was also described. Blancotherium was previously attributed to a different genus, Gnathabelodon. 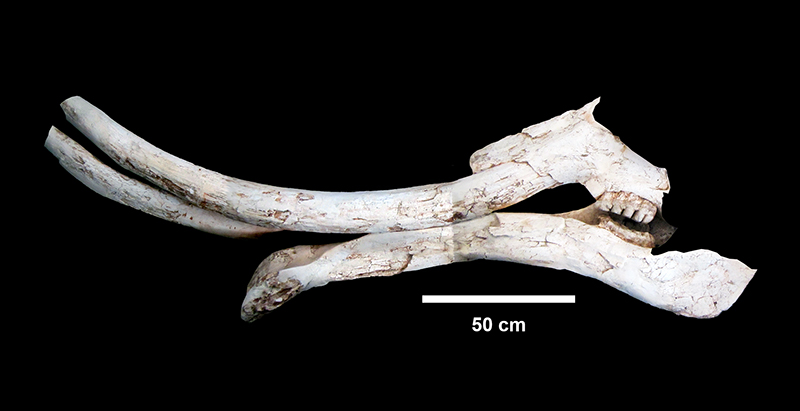 TMM 30896-390, Blancotherium buckneri, holotype, left side of skull and mandible. Plaster reconstruction of the cranium, ascending ramus and condyle, and distal upper tusks have been removed digitally. There are still some areas with plaster reconstruction such as toward the anterior margin of the symphysis (Figure 44 of May, 2019).

Given the that there was some collection bias towards larger specimens collected in the 1940s, possibly a result of the collection practices of the early fossil hunters, most of whom were not formally trained in palaeontology, May also tracked down the original dig sites so he could screen for tiny fossils such as rodent teeth. Four rodent genera are identified in the PE paper.

“They collected the big, obvious stuff,” May said in a press release from the University of Texas. “But that doesn’t fully represent the incredible diversity of the Miocene environment along the Texas Coastal Plain.” 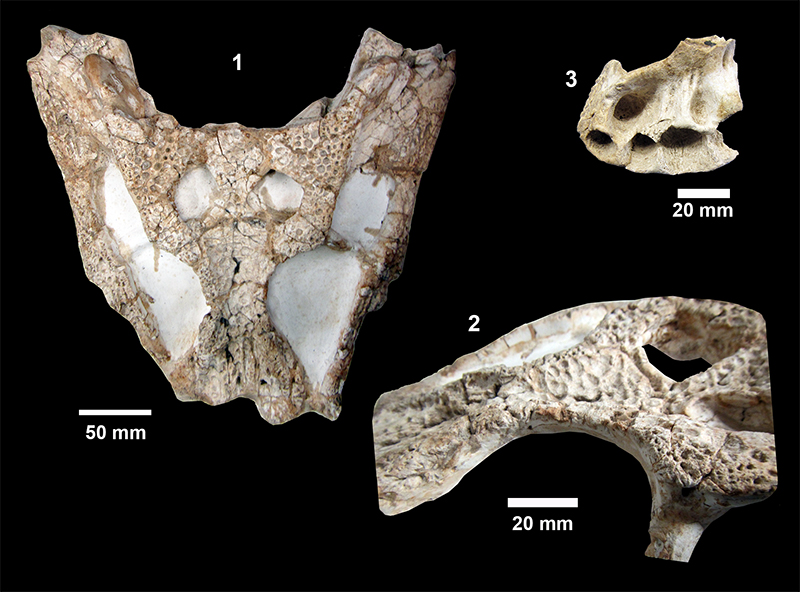 In the University of Texas press release, Dr. May states “It’s the most representative collection of life from this time period of Earth history along the Texas Coastal Plain.” The geology of the Goliad Formation and the composition of the Lapara Creek Fauna indicate that the environment in this part of Texas was a mixed woodland–grassland with broad floodplains and meandering rivers.

This is reflected in the diet and tooth morphology of species from the Lapara Creek Fauna. According to the PE paper, the diverse number of equids (members of the horse family) with hypsodont teeth (high-crowned teeth) suggest that by the Clarendonian (~ 13 – 10 million years ago) the Lapara Creek Fauna had transitioned to a grazing (grass-eating) community. However, a number of taxa including artiodactyls and proboscideans suggest that a more diverse browsing and mixed feeding (a combination of grass and browse) community was also still represented.

Decades after being collected as part of the State-Wide Paleontologic and Mineralogic Survey of Texas, the majority of fossils are now housed in the Texas Vertebrate Paleontology Collections at the Jackson School Museum of Earth History. According to the University of Texas press release, during the Great Depression a number of Texans were employed as fossil hunters and put to work to retrieve thousands of specimens. 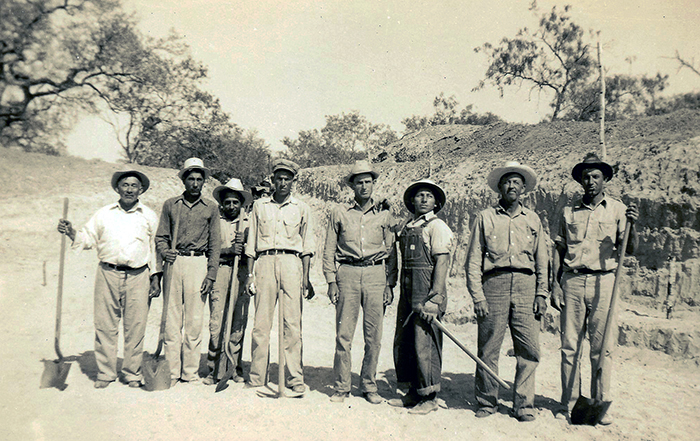 This State-Wide Paleontologic-Mineralogic Survey was funded by the “Works Progress Administration” a federal US agency that provided work for the unemployed during the Great Depression. The agency partnered with the University of Texas to supervise the work and organise the collection of fossils and minerals across the state.

One of the original Survey localities was recently relocated on a ranch now owned by John Blackburn.  “We’re thrilled to be a part of something that was started in 1939,” Blackburn said in the University of Texas press release. “It’s been a privilege to work with UT and the team involved, and we hope that the project can help bring additional research opportunities.”

The University of Texas press release can be viewed here. 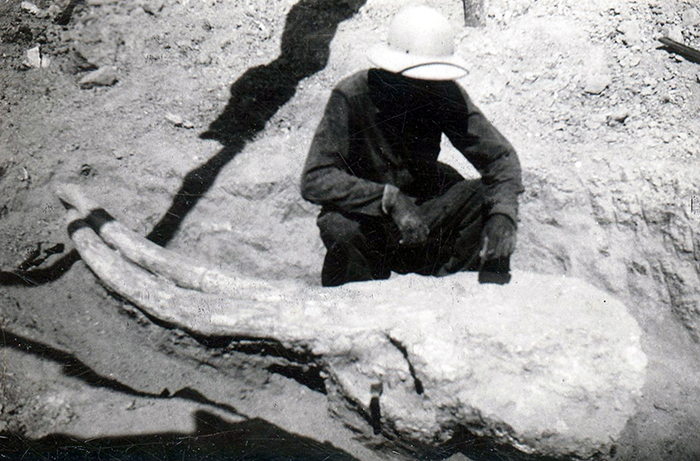 Gomphothere skull with tusks (TMM 30896-390) at Buckner Ranch Site 1 (41BE2-112). This image illustrates the collection technique employed on the project where nearly all matrix surrounding individual specimens was removed in the field prior to jacketing (Figure 4 of May, 2019).