Fossils often indicate what environmental conditions were like at different times in earth’s history. As climates change over time, so does life since certain characteristics are more beneficial in specific climates. For example, crocodile fossils from the Eocene of Antarctica indicate a warm temperate climate ~50 million years ago. Both physical characteristics and behavior make crocs much more suitable to a lush green Antarctica rather than the current frozen over tundra. But what about species able to withstand various climate shifts over several million years, yet physically remains mostly unchanged?

A recent PE article highlights the discovery of a species of non-biting midge (Diptera, Chironomidae) in Eocene Baltic Amber, previously only known from the Mesozoic. With resemblances too close to ignore, this discovery extends the existence of this species at least 80 million years! Dr. Viktor Baranov and his colleagues are curious as to how these midges became such masters of survival.

Since these flies don’t require a blood meal, they are sometimes referred to as ‘blind midges’.
“Most people would be familiar with their larvae ‘blood worms’ which serve as a staple aquarium fish food or even as fishing lures” mentions Dr. Baranov. 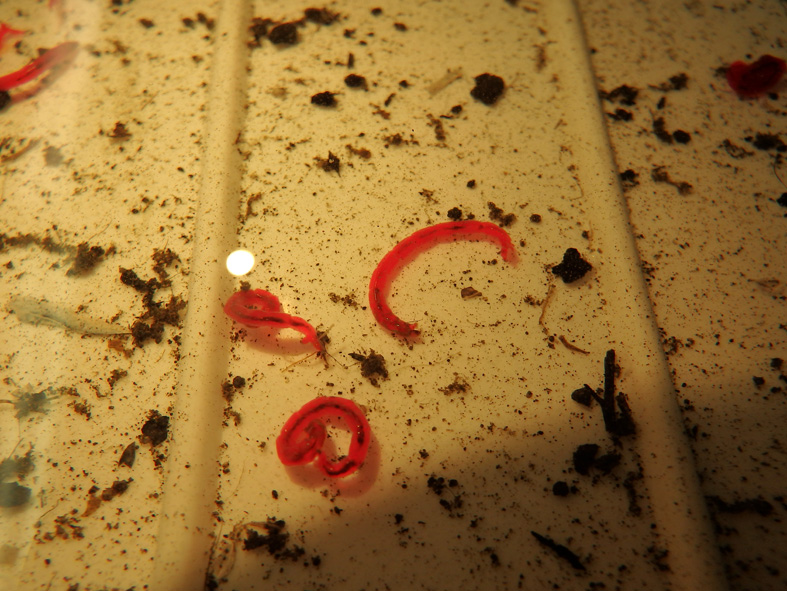 “Non-biting midges are the most widespread, free-living, winged insects in existence. Their distribution ranges from the Arctic Elsemere Island to mainland Antarctica and everywhere in between.” says Dr. Baranov.

Another PE article from 2016 by Marta Zakrzewska, Wiesław Krzemiński, and Wojciech Giłka, discusses the diversity of non-biting midges from the Eocene. The article states “Chironomidae (over 7,000 species in more than 500 genera and 12 subfamilies) is undoubtedly one of the most diverse group of aquatic dipterans.”

Dr. Baranov adds, “there are probably as many or even more that are undescribed.”

Non-biting midges prefer moist environments often next to bodies of water. “Their larvae are a very important part of the freshwater ecosystem being crucial to feed fish, cycle matter and energy in lakes and rivers, and their activities even help regulate the global carbon cycle” states Dr. Baranov.

They can be found literally in every moist environment, “from tropical rainforests to mountain glaciers to even the surface of the open ocean.”

“Although their larvae mostly inhabit sediments and the undersides of stones in streams, some species can live in waterlogged wood, damp soil, cow dung, or even as parasites in fish gills and freshwater sponges” Dr. Baranov explains. 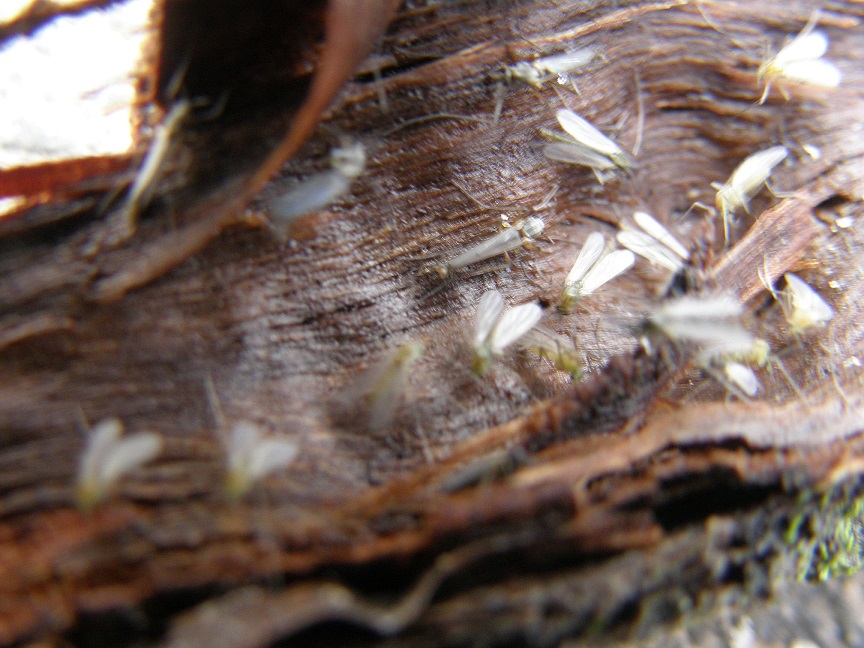 Chironomid adults during the winter under the piece of bark. PC: Valentyna Inshyna

Besides serving as a pillar to the aquatic food chain, and as a nuisance to other species (us included), these tiny flies are known to be beneficial in other ways. “Millions of years before bumblebees, drone flies, bees or any other modern pollinators, these flies have been co-evolving with ancient lineages of plants. In the Cretaceous, and now likely later in the Eocene, Chironomids likely were pollinators of magnolias and flowering arums (Araceae).” says Dr. Baranov.

The article mentions this discovery is the first case of slow evolution (“Bradytely”) of Diptera with aquatic larvae into the Cenozoic.

“Bradytely is a term coined by the famous evolutionary biologist G. G. Simpson to describe a seeming stasis in the evolution rate of an organism. Gingko biloba tree morphology has changed very little in 200 million years, serving as an example of morphological bradytely. Although bradytely is common among insects in some groups, it seems to be relatively rare for insects with aquatic larvae.” shares Dr. Baranov. 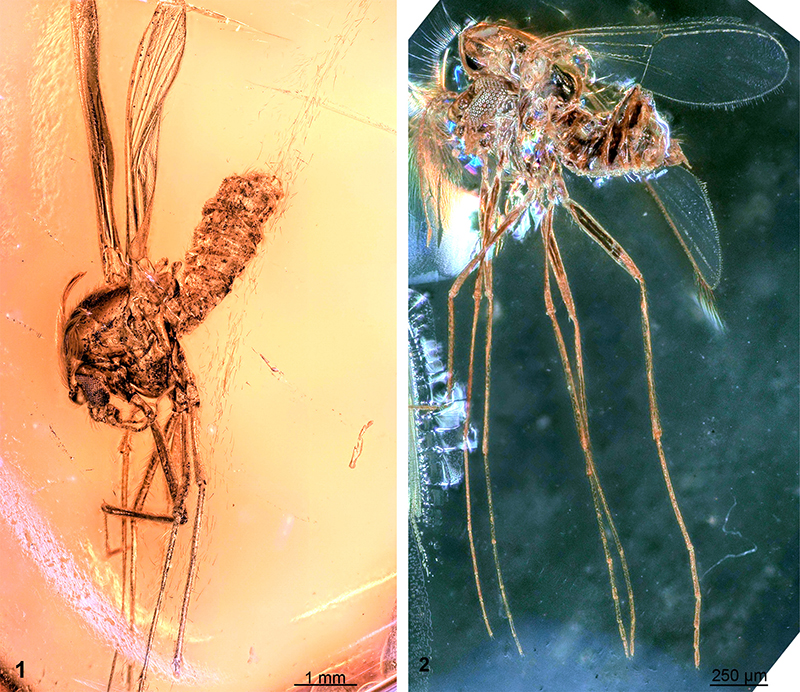 Dr. Baranov isn’t so sure. “I think most insects survived the K-PG event not due to a particular habitat, but because of their small size and therefore consuming little food, something which was in short supply in the devastated world of the early Paleogene.”

Dr. Baranov even predicts that it’s possible these non-biting midges are still around somewhere.

“Dozens of new Chironomidae species are described every year. Taking into account their distribution pattern of survivors from the Eocene, South Australia, East Asia, and the Mediterranean will be the most likely locations to find them.” Dr. Baranov explains other insect relics, such as lacewings from Nevrorthidae, have similar distributions. I suppose it’s only a matter of time.

How might this latest discovery help predict how insect groups might fare during the human-induced sixth extinction?

“Aquatic insects are in huge trouble. Many taxa lost over 80% abundance in protected areas within only the last 40 years.” says Dr. Baranov.

The sixth extinction stands out from the other five in that it is the only one directly tied to activity of a single species. Humans are influencing climate change and insects especially are being hit hard.

“Innumerable species will be lost to the Sixth Mass Extinction. The only choice we have left is how much of our wildlife are we going to lose across the board- 30%? 50%? 70%? That depends on when we will become serious about acting on this climate and biodiversity crisis - the best time would’ve been 40 years ago, the second best – is right now.”

And how will non-biting midges fare during these troubled times?

“Chironomids are survivors. While many lineages will be pruned by the anthropogenic destruction, some will carry on their 210 million year long legacy beyond the Sixth Mass Extinction.” says Dr. Baranov.