“It exceeded my expectations! Being a Virtual Congress made it not only extremely convenient, but also a very enriching and innovative experience. It was an excellent example of how the emergence of new applications and technologies opens a wide range of possibilities regarding new forms of communication between scientists” shares Dr. Rios.

Compared to other specialized conferences, the PVC covered all sorts of topics in palaeontology. “The organization was incredible at every step, and the participation reunited some of the best researchers in each field, from systematic paleontology to the most recent and cutting-edge research on evolutionary biology, in an efficient digital way” says Dr. Rios. 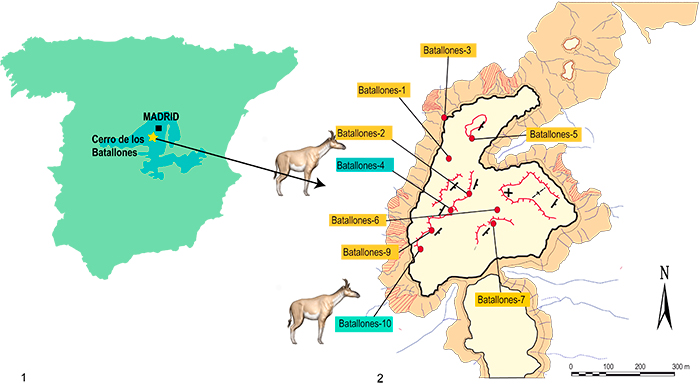 You might immediately think of the long-necked, long-legged animals from Africa; however those aren’t determining characteristics for all giraffes. “A giraffid is actually diagnosed not by a long neck, but by the presence of a particular kind of lower canine, called a bi-lobed canine, that has the shape of a boxing glove” states Dr. Rios.

“They also have a particular kind of “horn” called an ossicone, which does not fuse to the skull until later in life” says Dr. Rios. Extinct giraffes exhibit a large diversity in these strange ossicones. Decennatherium rex, the giraffe species described in this paper, had ossicones that were almost half a meter long!

“It seems quite likely that they served for sexual selection, male competition by display, or maybe even fighting” says Dr. Rios.
Dr. Rios has helped describe several new extinct giraffe species, however she describes the fossil material associated with this most recent paper as “extraordinary”!

“It has been extremely well preserved, and we have been able to describe not only complete specimens, but even bones that have never been described in the fossil record before!” shares Dr. Rios. 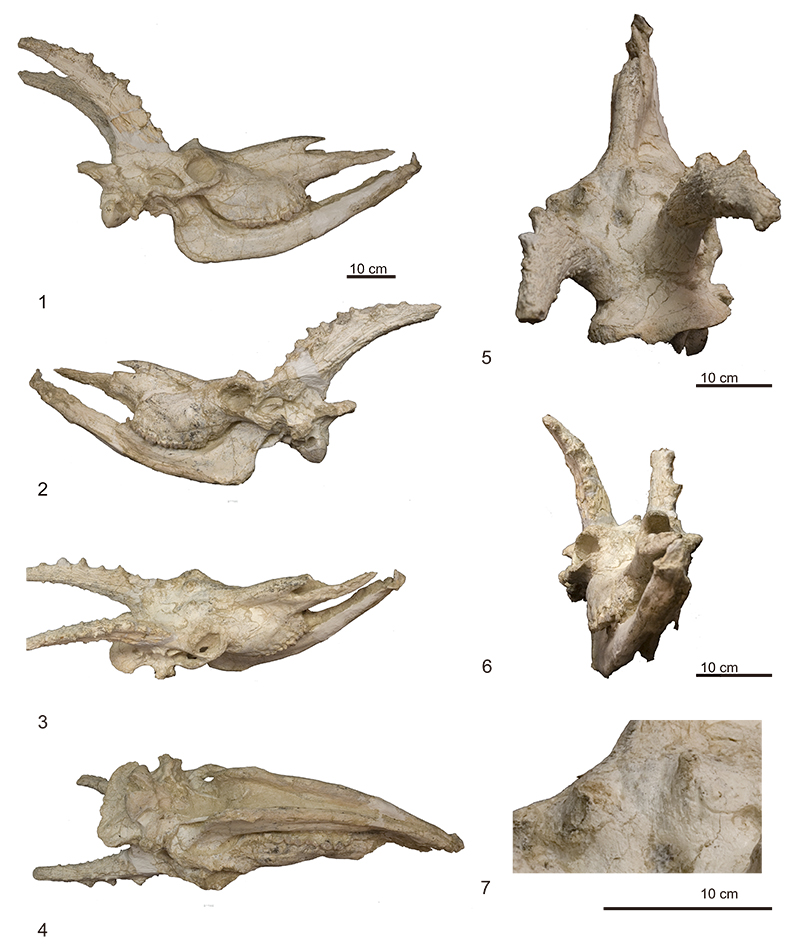 These fossils date back to the Miocene (~23-5 million years ago) when giraffes were much more widespread. They ranged “throughout all of Eurasia and Africa, and we can find extinct relatives from China to Spain and all the way through” says Dr. Rios.

Giraffe diversity has been declining ever since with only two species still alive today.

“Giraffes are gigantic animals that need large foraging areas and depend on vegetation for most of their nutrient consumption. Extant giraffes are classified by the IUCN Red List as vulnerable with the long-necked giraffe and endangered in the case of the short-necked Okapi, which only inhabits deep forests of the Congo” states Dr. Rios.

The future seems unsure for both these species. “Giraffes are threatened by habitat fragmentation and degradation as well as poaching and other unethical practices. If immediate action is not taken, we will lose one of the most iconic and extreme examples of mammal evolution we can find today” shares Dr. Rios.

As with many other affected species, being able to share research about them will only help current conservation efforts. Virtual conferences like the PVC, without high costs normally associated with travel and fees, may help broadcast such research to a much larger audience.

“This study, as any other paleontological work, is the result of the efforts of many, and it is really great that the 1st Virtual Paleontological Congress and Palaeontologia Electronica gave us the opportunity to share this research with the rest of the scientific community” shares Dr. Rios.

When asked if she would think about attending another Virtual Congress she said “I will attend the next one for sure! It is a very efficient way to communicate your research and find out what your colleagues are up to everywhere in the world!”

To read more about the first PVC article, you can find it here.