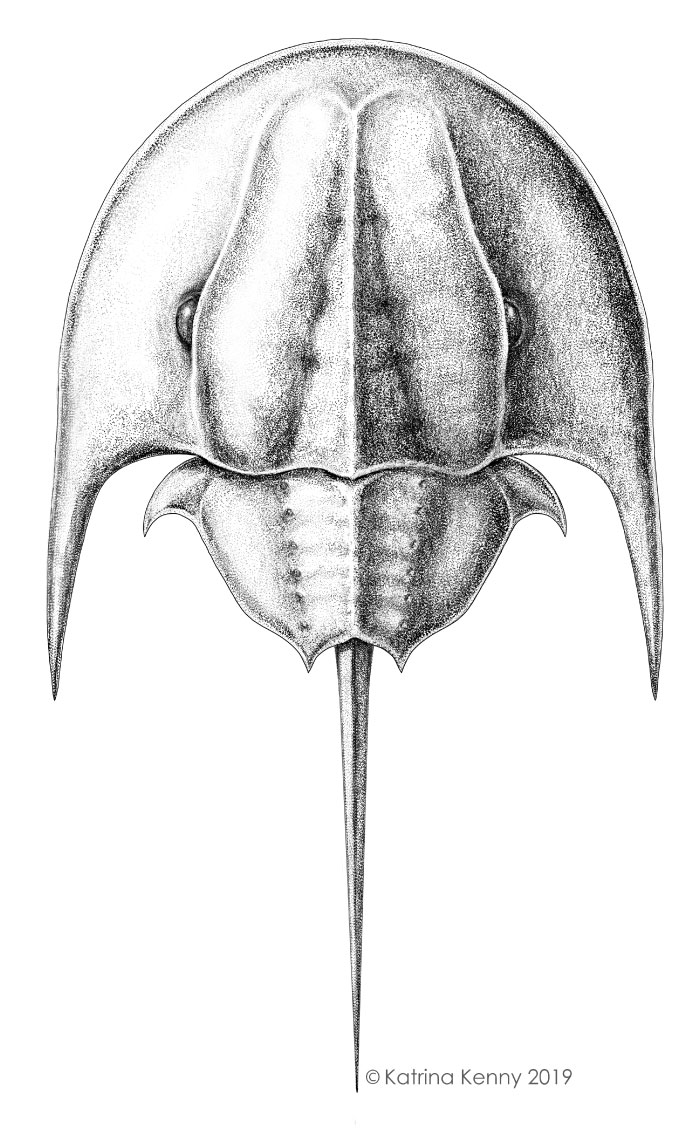 Dr. Russel Bicknell says the specimen, originally part of the Paleolimulus genus, “does not have features typical of that group, which is considered somewhat of a waste-basket genus anyway”, and therefore needed reclassification.

A ‘waste-basket genus’ is where all the difficult to identify specimens sometimes get lumped together. No one is quite sure where they fit, so this is a temporary holding place until they can be further identified. 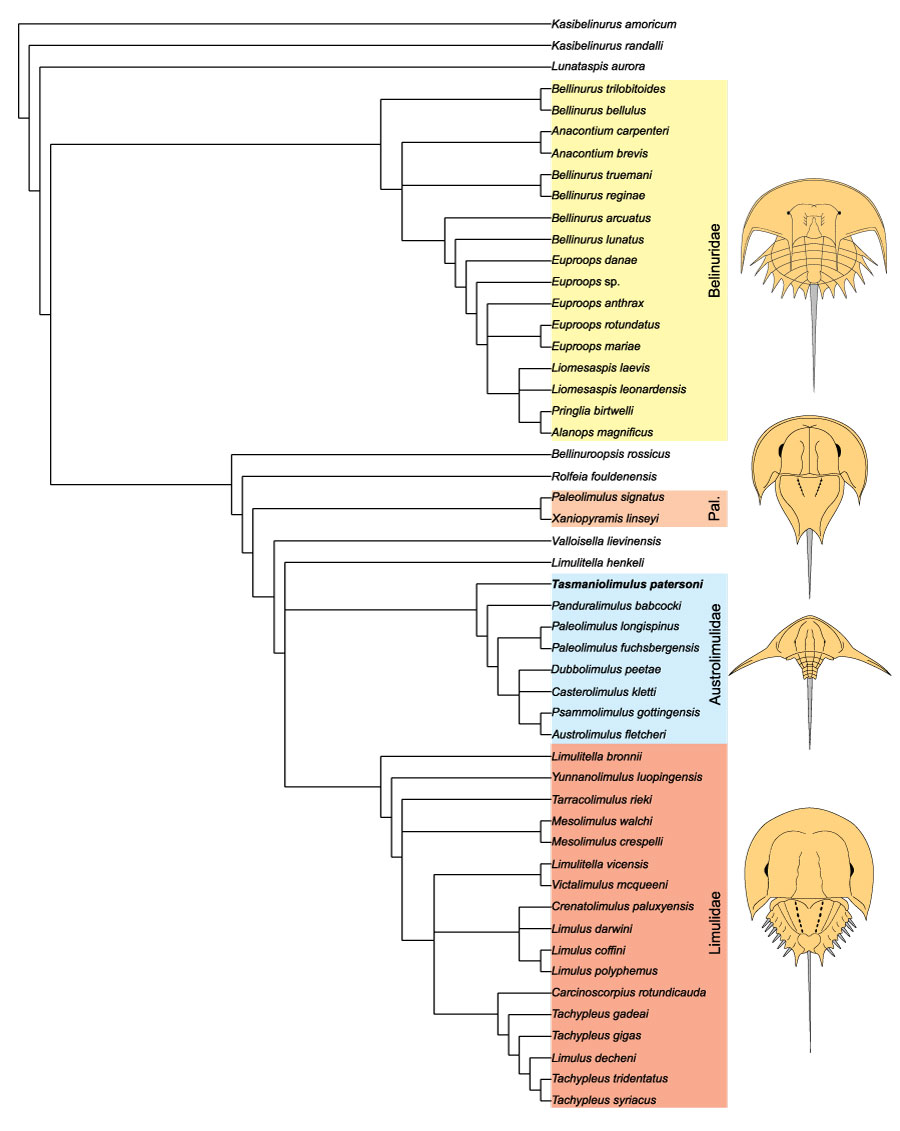 Xiphosurid phylogeny colour coded for major families. Tasmaniolimulus patersoni gen. et sp. nov. (in bold) is located at the base of Austrolimulidae.

Today there are four living horseshoe crab species which live off the coast of the US and Asia. Horseshoe crabs are commonly called ‘living fossils’ for closely resembling their fossil relatives from long ago. However, this has clearly underestimated their diversity of forms now extinct.

For example, the austrolimulids greatly diversified during the Triassic (~251-201 million years ago) and evolved bizarre spiky sections on their head shields.

“It is my belief that the Triassic Explosion of horseshoe crabs reflected the exploitation of ecological niches after the end Permian extinction. The extreme genal spine morphologies of austrolimulids may have been used for inhabiting freshwater conditions. They may have also been used as a defensive feature.” says Dr. Bicknell.

Although living horseshoe crabs are not closely related to austrolimulids with bizarre morphologies, “they likely share a common ancestor as far back as the Devonian” shares Dr. Bicknell.

One thing is for certain, horseshoe crabs are bizarre creatures. They have blue blood with crazy antimicrobial properties, they’ve successfully been around for hundreds of millions of years, and they are more closely related to spiders and scorpions than actual crabs.

That is why they continue to fascinate researchers like Dr. Bicknell. “I started looking at horseshoe crabs in my PhD and found that there was so much to learn from these amazing animals! For me, the most exciting part is their fossil record and finding new and unique species to work on and understand.” 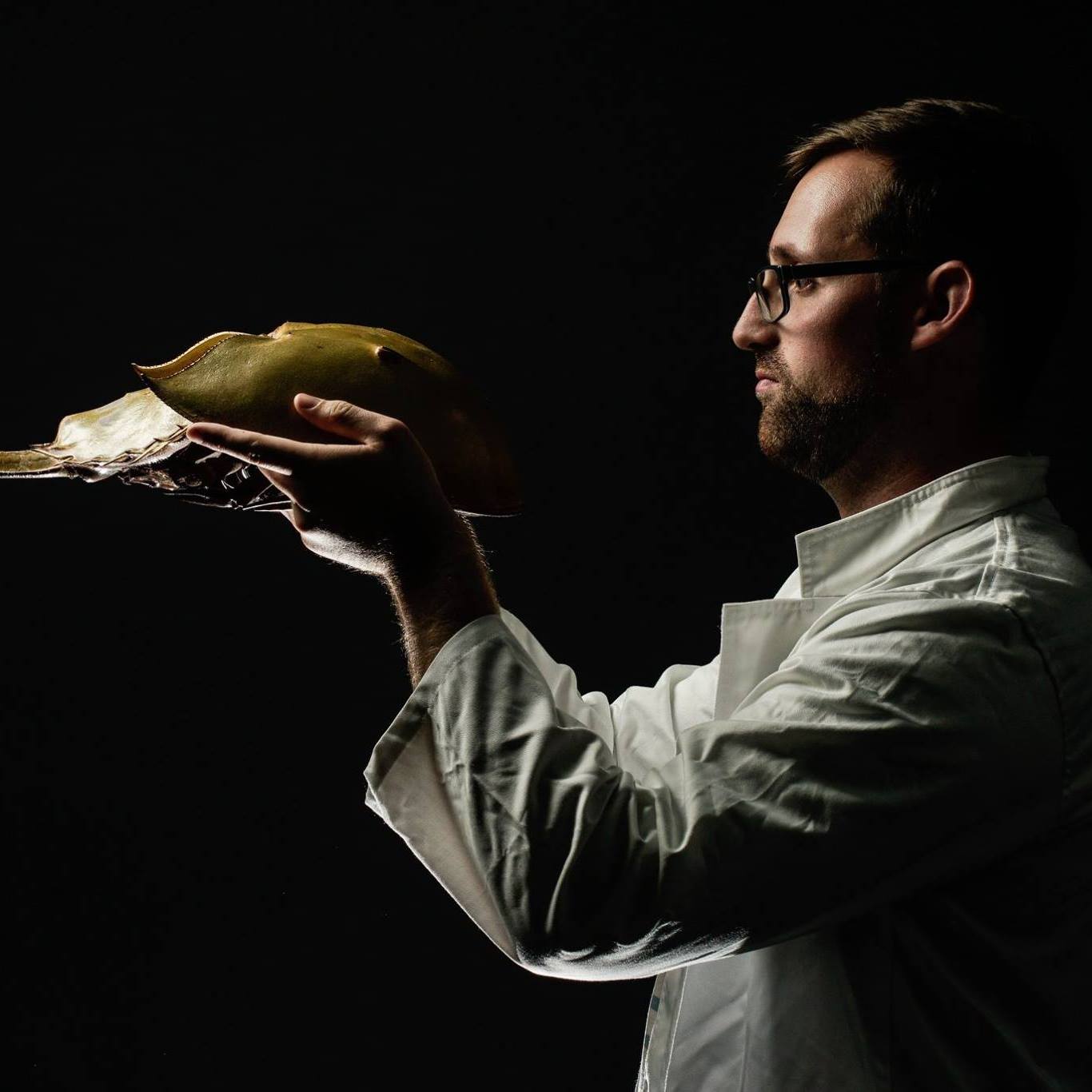 Dr. Bicknell is now a Post-doctoral Research Fellow at the University of New England in Armidale, Australia. It was identifying his favorite species, Sloveniolimulus rudkini, which coincidentally “was the first genus and species I have named” that set him on the path of studying horseshoe crab taxonomy. Since then, he hasn’t looked back.

You can read more about this research article here.