Symbiotic relationships, where two organisms closely co-exist, are usually considered beneficial for both parties. But when one takes advantage of the other, parasitism dominates. Remarkably, both of these relationships can be seen in the fossil record from millions of years ago.

"Studying these relationships helps scientists to better understand the functioning of tropical marine ecosystems," Olev Vinn explains of his research with scientists from the University of Tartu and Tallinn University of Technology, Estonia; The College of Wooster, USA; Uppsala University, Sweden; and Universität Hamburg, Germany. "In modern tropical seas, symbiotic relationships play an important role in the functioning of marine ecosystems and the similarity of biological interactions in the Late Ordovician (458.4 – 443.8 million years ago) to modern seas indicates that Ordovician fauna was not that different from that of today."

The Great Ordovician Biodiversity Event was underway during this time, when Earth saw an explosion of diversification in the ocean's fauna. Of course, as there is an increase in diversity of organisms, this led to the development of more symbiotic relationships, both mutualistic and parasitic. 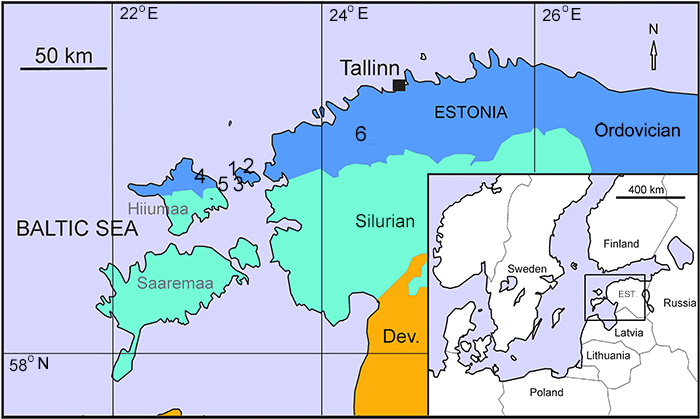 Vinn and his co-workers discovered these relationships in fossils collected from Estonia between 1997 and 2021, which during the Katian (453.0 – 445.2 million years ago) was covered by a shallow inland sea in the subtropical realm. Climate change at this time resulted in increased carbonate production and proliferation of corals in the region known as Baltica.

Within these corals, as well as stromatoporoids (extinct sea sponges) and bryozoans (underwater filter-feeding invertebrate colonies), palaeontologists have discovered evidence for symbiotic relationships with lingulates (a type of brachiopod) and trace fossils known as bioclaustrations. These trace fossils are commonly of the form Chaetosalpinx, straight and sinuous cavities left behind in the skeletons of organisms after a worm-like animal embedded itself within them.

The association between cornulitids (tubeworms) and corals seems to have been somewhat harmonious in instances where the coral has grown around the embedding organism, but this occurs infrequently so may suggest "cornulitid larvae did not infest tabulate corals in large groups or had limited success in colonizing these”, according to Vinn and his colleagues. Their reasoning for attempting this relationship with both corals and stromatoporoids was to benefit from more stable living conditions, thus avoiding predators. 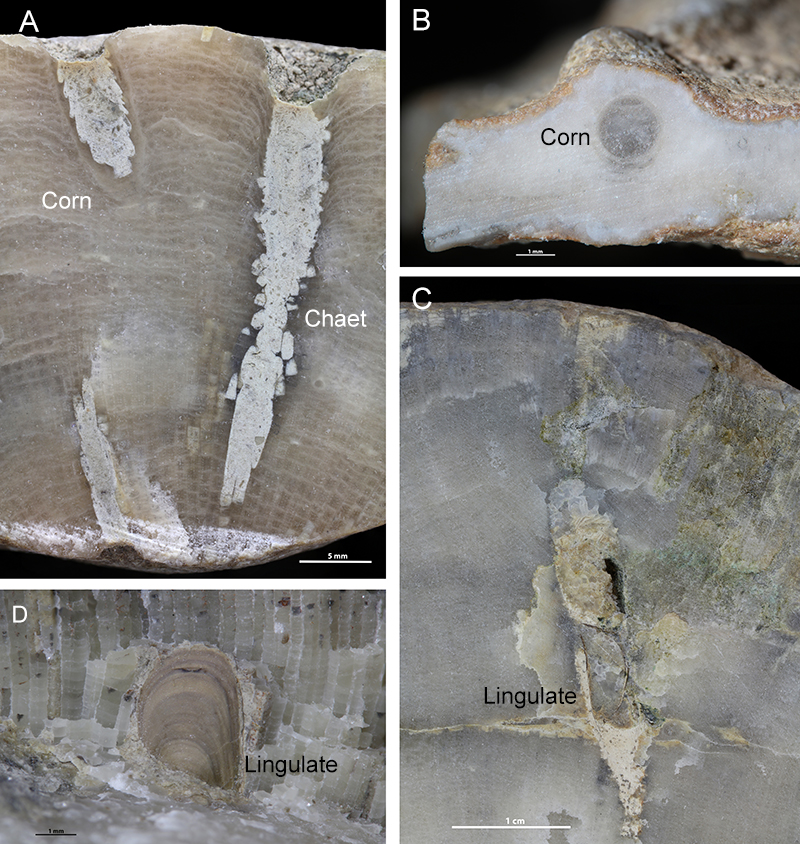 Conversely, the lingulates may have been opportunists taking advantage of abandoned cavities in corals, made by boring organisms to protect themselves from high energy environments and predators. This relationship was likely more successful as the two have different feeding types, lingulates being filter feeders and corals micro predators.

Most significantly, this is the first evidence of a lingulate brachiopod embedding itself within a bryozoan, as this may have had a negative impact upon the host given they are both filter feeders. Despite this, during the Katian, bryozoans surprisingly had more diverse symbiotic relationships than corals or stromatoporoids, though this may be a factor of the host's diversity than more favourable conditions.

So what does this mean for symbiotic and parasitic relationships today? Well Vinn believes we should just let nature take its course: "All symbiotic interactions, be they mutualistic or parasitic, are normal historical components of the architecture of modern tropical marine ecosystems and we should not be concerned about symbionts in other organisms, but we should see signs of ecosystem stress in termination of such interactions."