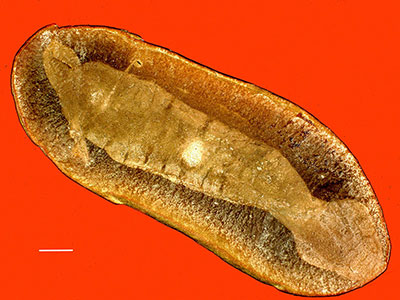 I am an amateur paleontologist. There. I’ve said it. Many, including several professional paleontologists I know, prefer the term nonprofessional but I favor amateur because it indicates why we started collecting—for the love of the activity and without remuneration. In fact, the title of the column I wrote for the now defunct PRI newsmagazine, American Paleontologist, for 18 years was “An Amateur’s Perspective”. That is not to say we are not serious about collecting--tag along on one of my collecting trips for proof. We amateurs take pride in our collections by documenting both specimens and collecting localities. Although these collections are “private,” they often meet the same “essential standards” used in public repositories, in contrast to the statement by Shimada et al. (2014).

Although most of us amateur collectors have eclectic collections, many have also taken it upon themselves to specialize by documenting either fossil diversity in individual formations or specific fossil groups either throughout their entire stratigraphic range or in a single rock unit. In this respect, we can supply a systematic collection of documented specimens to professionals that can be used to augment a declining field in paleontology--systematic studies. The decline in systematists has been viewed as a threat to the advancement of the science of paleontology. Allmon (2005, p. 3) laments “that a large number of taxa have no or only a single living systematic expert, and that this will significantly retard future research on topics involving these taxa”. Adrain and Westrop (2003, p. 24) state that “the decline in systematic paleontology has reached the point where the ability to generate new data has been significantly impaired”. In an earlier paper, Adrain (2001, p. 1056) painted an even bleaker picture by maintaining that “if we fail to return empirical, field-based science to a central position in our profession...we may simply grind to a halt”. With greater numbers than professionals, more time to collect (the work load of academic paleontologists limits their time in the field), and fierce dedication, amateurs collect the fossils that would otherwise be neglected and eventually lost to weathering. Another concern is that collecting sites are ephemeral (quarries are abandoned or even reclaimed, roadcuts become overgrown or intentionally covered) and many, due to the litigious nature of this country, have become unavailable. A delay in collecting a site may result in a lost source of significant specimens.

Probably the best example of the contributions made by amateurs to the science of paleontology involves arguably the most significant fossil deposit in the United States--the Mazon Creek Biota. The sites that exposed the Pennsylvanian shales containing the concretions in which the fossils are preserved were, at one time, mostly working coal mines. These strip-mine operations worked the land at a feverish pace and it was mostly through the dedicated collecting of amateurs that many of the specimens were collected and rescued from further mine operations. Granted, the Field Museum of Chicago had a field station in the area but the numerous amateurs were able to collect much more often than those manning the station—again due to the work load of academic or museum paleontologists. These amateurs often brought their specimens to the Field Museum to consult with the foremost authority on Mazon Creek--the now late Eugene “Gene” Richardson. When Gene indicated that the specimen they had was unpublished, the collector more often than not donated the specimen to Gene and the Field Museum. Why? Several reasons: first, the amateur collectors understood the importance of the formal publication of specimens so that a more complete picture of this biota would be documented; and second, and more importantly in my opinion, Gene took the time to talk with, not at, the amateur collectors making them feel that their efforts in collecting Mazon Creek sites and their subsequent donation of specimens was an important contribution to the science of paleontology. Many of the specimens donated turned out to be types of new species and were named after the individual or family donating the specimens (e.g. Anthracomedusa turnbulli, Reticulomedusa greenei, Priapulites konecniorum, Pieckonia helenae, Tullimonstrum gregarium). Additionally, several animals (Esconites zelus, Esconichthys apopyris ) were named after ESCONI (Earth Science Club of Northern Illinois), an amateur club that has, for decades, spearheaded systematic collecting of Mazon Creek localities. In fact, ESCONI has privately published the definitive volumes on both the Mazon Creek Flora and Fauna (Wittry 2006, 2012).

Another example involves my own research interest--Upper Ordovician nautiloids of the American Midwest. Most of the specimens I collected were from working area quarries. I was able to amass, thanks to the cooperation of quarry owners and my own aggressive collecting, a large and diverse collection of nautiloids (and other molluscs) before they succumbed to the crusher. In my early efforts to identify and evaluate the specimens, several professionals indicated that Rousseau Flower, a name I was familiar with from a search of the literature, was the one person most likely to provide me with answers. When I brought my specimens to Rousseau, he took the time to examine my identifications, make corrections, and inform me that many of the specimens I was unable to identify were unpublished. He also, after being assured that my specimens were completely documented, invited me to co-author a paper describing these new specimens (he passed away as we were in the initial stages of working on the specimens). As Gene did for the Mazon amateurs, Rousseau encouraged my collecting from these sites since, working in New Mexico, he could not do so himself.

It has been stated (Shimada et al. 2014) that specimens in private collections do not meet “essential standards” for publication in “high-level scientific journals”. As acknowledged above, we amateurs are aggressive collectors that take pride in our collections by documenting both specimens and sites. At amateur club meetings, professionals are frequently invited to speak on their research interests. Private collectors often bring specimens for the professional to view and evaluate. If any specimen proves to be scientifically important, it is invariably donated to the professional along with the documentation required for publication. Additionally, amateurs routinely donate fossils to museums and educational institutions. Richardson and Flower, two giants in the field of paleontology, considered specimens collected by amateurs to meet these “essential standards” since they included them in their scientific publications. Remember, specimens collected by amateurs are no more or less significant than those collected by professionals since a specimen’s value resides in the information documented by the collector and needs to be available only after published. All amateurs understand that type and figured specimens need to be deposited in a recognized repository. But to get to this stage, the specimen must be collected, documented, and accepted by a professional.

“Amateur” collectors that have contributed enormously to the science of paleontology include August F. Foerste, a high-school physics teacher for 38 years, that specialized in Ordovician and Silurian fossils (including, thankfully, nautiloids) and Harrell L. Strimple who, without a college degree, published extensively on echinoderms particularly late Paleozoic crinoids and in 1962 became curator and research associate at the University of Iowa. The award presented each year by The Paleontological Society to a deserving amateur that has contributed to the science of paleontology is named after Strimple.

Current professionals should consider these private collections as they would their own collections--a resource to be utilized in scientific research (many, of course, already do). How can this be accomplished? Outreach to amateur clubs by professionals giving talks on their research interests is a way to start. By attending club meetings and giving presentations, professionals show that they respect amateurs and encourage their systematic collecting. In this way, academic professionals can instruct and cooperate with amateurs to insure that specimens collected are correctly documented. I and others have presented programs on collecting, documenting, and preparing fossils to members that are just starting out so that they understand the importance of responsible collecting. This message has even more impact when presented by an academic paleontologist familiar with publication requirements.

But the real value of such cooperation, as well as the encouragement of amateur collecting by academic professionals, is the collection of fossil specimens before they are lost to weathering and erosion or the quarry crusher. Fossils are our data. Without the collection of fossils new data will not be forthcoming for research. With the decline of academic paleontological positions, the relegation of paleontological field investigation to an ancillary position or to a scientist’s “free time” due to academic responsibilities and lack of funding, and the ephemeral nature of collecting sites, to limit or curtail entirely the collecting of fossils by amateurs (and by responsible commercial collectors, for that matter) is tantamount to paleontological suicide. I abhor the possibility that any fossil could be lost to science forever because it remains uncollected. Even if a scientifically important specimen, vertebrate or invertebrate, is collected by an uninformed or casual collector and stuck in a shoe box in the basement, there is obviously a much better chance of that specimen ending up in the hands of a knowledgeable amateur or academic professional than if that specimen were not collected at all--a fossil left to weather into obscurity is lost to everyone forever.

Amateurs are tireless collectors that have made significant contributions to the science of paleontology. Serious amateurs understand the importance of documenting fossil specimens collected and most amateur clubs have programs outlining this practice. Professionals can reinforce the importance of documentation and making specimens available by regularly meeting with these clubs. To make use of the resource that is amateur collections, professionals must encourage and accept the efforts of amateur collectors. In this way, the continued supply of paleontological data (fossil specimens) will be assured. It is about time that all segments of the paleontological community stop posturing and work together to advance the science of paleontology. If this does not happen, our science will fair no better than the Apatosaurus and suffer the same fate. But to conserve and utilize fossils they must first be collected. I maintain that, rather than restrict collecting, professional paleontologists should encourage the amateurs to amass collections of fossils before they are lost to all. Everyone agrees that fossil specimens are the building blocks of paleontology. But to serve that function, specimens must first and foremost be collected.