There has been a treasure trove of insect findings from Eocene Baltic amber, but what makes this amber so efficient at preserving insects and what can we learn from these ancient creatures?

Dr. Andris Bukejs is an expert on beetles (Coleoptera) from Eocene Baltic amber.

“Forests were very extensive in the Eocene of the Baltic and evidently the conditions of sedimentation and preservation were excellent” says Dr. Bukejs.

Amber forms from hardened tree sap; the sticky stuff covering pine trees and what can be sometimes collected and boiled down into syrup. The sticky properties of this fluid are ideal for trapping and enveloping insects, often preserving them in their natural state. The sap that created Baltic amber was produced by Pinus succinifera, a pine tree that along with oak, dominated forests of Northern and Central Europe.

“Of course, there are so many other sites with exceptional insect fossil preservation, such as Burmese amber, or compression fossils from Florissant (USA) and Rott (Germany)” says Dr. Bukejs. 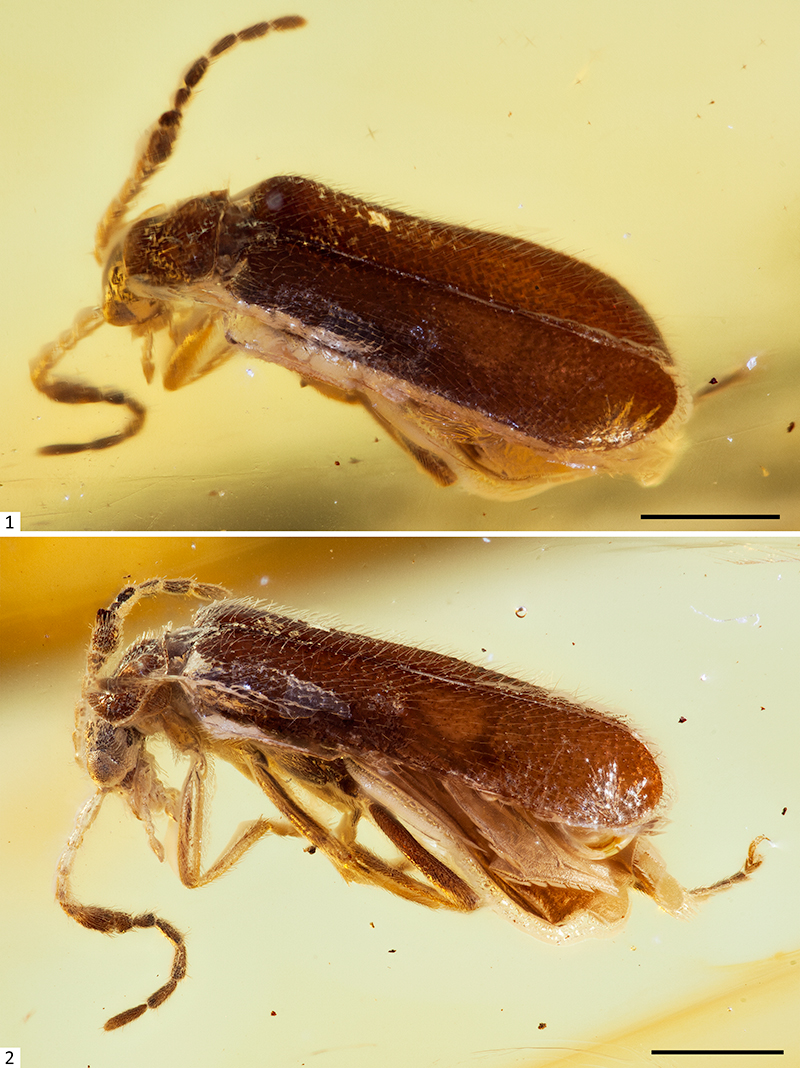 Soldier beetles often display aposematic coloration, or ‘warning coloration’ which advertises its toxicity to warn off predators. Dr. Bukejs says soldier beetles have “5500 living species across all continents except Antarctica.” However, the species he describes in his article are known only from the fossil record.

Dr. Bukejs describes them as “predators, abundant on foliage and trees, able to supplement their diet with nectar and pollen.”

Leaf beetles come in a variety of shapes from “elongated, oval, cylindrical, hemispherical, and sometimes even flattened!” shares Dr. Bukejs. They also range in color from “black to red to yellow, sometimes with a metallic luster.”

Modern leaf beetles can occasionally have a poor reputation. “Some species of leaf beetles are considered serious pests of agriculture and forestry. While adults mostly occur on leaves and flowers, larvae feed on leaves, roots, fruit, and decaying matter” says Dr. Bukejs. 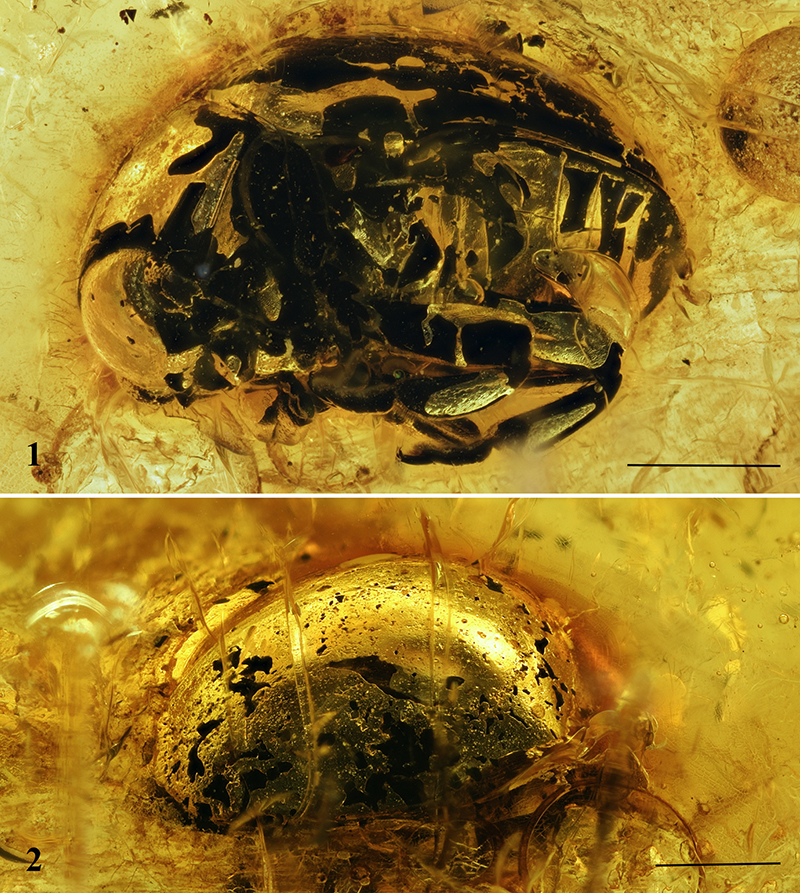 This research is important in helping piece together what the Eocene climate was like and how insects have changed over the last 56 million years. Insects, particularly leaf beetles and their relatives act as a great proxy for climate conditions.

“We can discover relationships with the environment, plants, and shed light on many evolutionary aspects. This makes it possible to understand insect distribution, how they have adapted, and apply it to current environmental and climatic conditions” states Dr. Bukejs. “We now know diversification of soldier beetles was much greater during the Eocene where higher global temperatures were more suitable for the emergence of new species.”

Perhaps this could predict insects will again experience a boom in diversification under current climate warming.